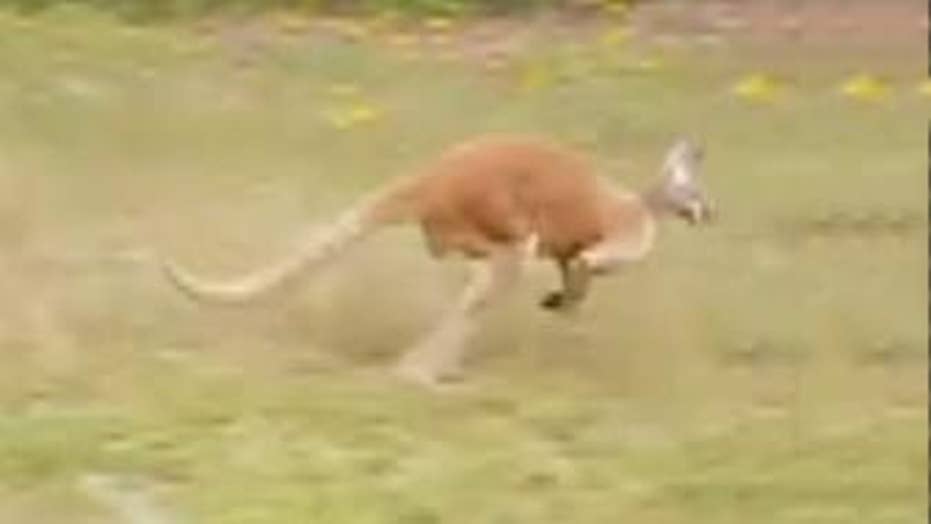 Raw video: A driver notices the escaped marsupial along Highway 28 near the Georgia and South Carolina border.

The McCormick County Sheriff’s Office received calls that a kangaroo was spotted near the South Carolina state line with Georgia early Tuesday morning, FOX 8 reported.  When a deputy arrived at the scene there was indeed a marsupial wandering around rural Palmetto State County.

The department posted a photo of the kangaroo on its Facebook page with a caption that read: “When you get dispatched to an animal in the road and this is what you find.”

The sheriff’s office pointed out that kangaroos are not native in South Carolina but a man living in the county has a license to own the marsupials. The kangaroo spotted was one that escaped from its pen and was making its way to the highway.

“I thought dispatch was joking,” a deputy from the sheriff’s office commented in the kangaroo post.

The kangaroo was caught and transported safely back to its home, where it was reunited with its owner.