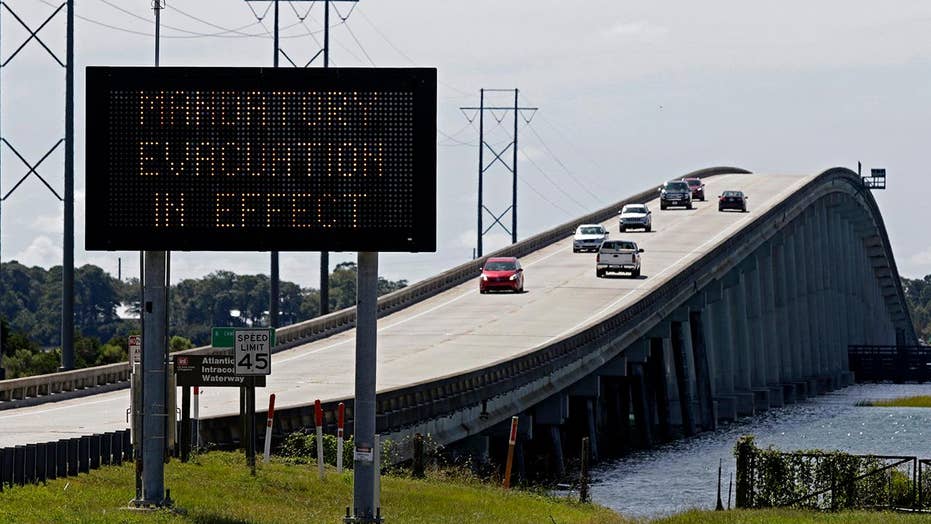 Over 1.5 million ordered to evacuate ahead of Florence

As more than a million people head for higher ground, South Carolina officials say they have no plans to move 650 inmates at a medium-security prison – opting instead to have them take their chances with a monster Category-3 hurricane barreling towards them.

Current plans call for a pre-planned crew and inmates at MacDougall Correctional Institution to stay put as Hurricane Florence - expected to gain strength Wednesday night- heads right for them.

It’s a strategy they’ve used before.

Department of Corrections spokesman Dexter Lee told Vice News that in the past, “it’s been safer to stay in place with the inmates rather than to move to another location.”

Inmates at MacDougall did not evacuate during Hurricane Hugo, a Category 4 storm, and the prison “didn’t have any structural damages,” Lee said.

MacDougall is located in Berkeley County, one of five counties under a mandatory evacuation from the governor.

Inmates at the Ridgeland Correctional Institution in Jasper County are also staying put. While initial forecasts had Jasper in Florence’s crosshairs, updated information has downgraded the threat posed to it.

It’s a different story in North Carolina. Officials there started evacuating hundreds of inmates from state prisons and local jails on Monday.

Department of Public Safety spokesman Jerry Higgins told The Charlotte Observer that hundreds of state inmates are being moved to larger facilities. Hundreds more serving time in county jails will be moved to state prisons. Inmates will be moved back to their assigned prisons once Florence passes.

“All offenders affected by the move will be allowed to make a free phone call to a family member over the weekend,” he said.

In Virginia, about 1,000 prisoners at the Indian Creek Correctional Center in Chesapeake were relocated Monday after the governor issued a mandatory evacuation for low-lying coastal areas.

The Virginia Department of Corrections said the inmates were transferred to the Greensville Correctional Center – the state’s largest prison.

With less than 48 hours before being expected to make landfall, Hurricane Florence was downgraded to a Category 3 storm Wednesday afternoon. The storm, which is likely to intensify to a Category 4 storm early Thursday, is likely to flatten homes, snap power poles and lead to massive “catastrophic” flooding. It’s being described as the most intense hurricane to hit the region in 25 years.

“This will likely be the storm of a lifetime for portions of the Carolina coast,” the National Weather Service said.