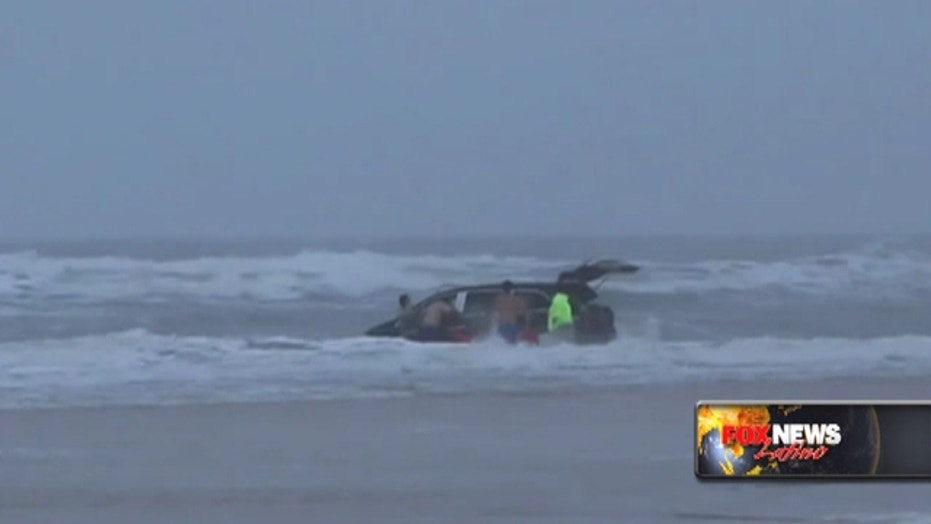 A pregnant South Carolina woman who drove a minivan carrying her three young children into the ocean surf off Florida had talked about demons before leaving the house, according to her sister who worriedly called police, officials said.

The South Carolina woman who police say drove her SUV filled with her three children into the ocean off Florida’s Daytona Beach coast earlier this month will receive in-hospital psychiatric care until she returns to jail.

"She has mental issues and my niece needs help," Dollie Wilkerson, the woman's aunt, told MyFoxOrlando.com. "She's been abused for a long time."

Ebony Wilkerson, who has been charged with attempted murder, began her treatment at the Halifax Hospital Mental Health Unit two weeks ago. Wilkerson, who is pregnant, has been held on a $1.2 million bond, which her family says is too high.

"Jail is not the answer," her aunt told the station.

Video emerged of an SUV driving along the beach's coast and then abruptly make a left turn directly into the breaking waves. Some beachgoers ran toward the vehicle as it was beginning to be submerged in the water and rescued the children.

Her children told investigators later that their mom tried to kill them, according to a charging affidavit.

The children told authorities they had come to Florida from South Carolina only three days earlier to escape their father. They described a history of violence between their father and mother, and they said their mother had been "acting crazy and speaking to Jesus" since they had come to stay with Wilkerson's sister in Daytona Beach.