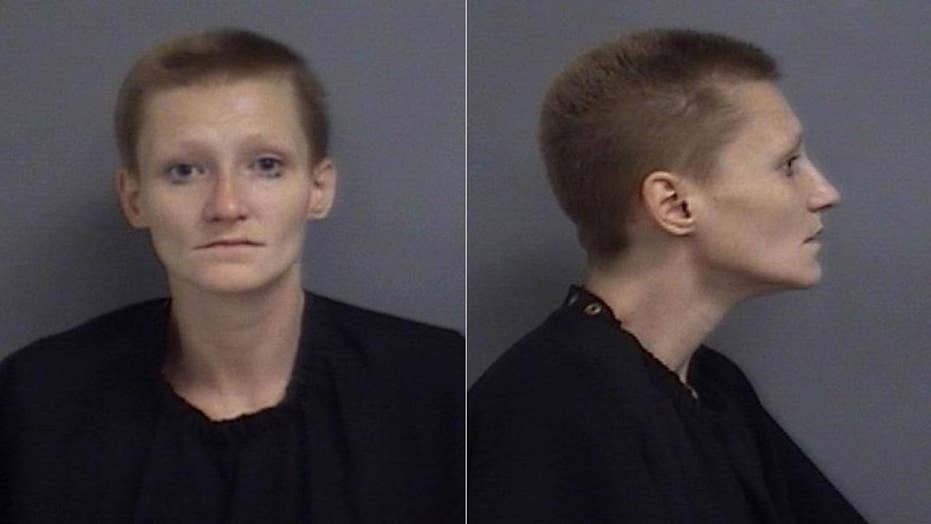 A South Carolina man was surprised when he found a woman and her children living in his home.

A South Carolina man was surprised to find some unwanted house guests when he returned home last week -- a woman and her children had made themselves at home.

Kent Foster told FOX Carolina he went to his home in Union, South Carolina, after work to find that the furniture had been moved and someone had smoked inside. He called 911 after he heard noises inside his home.

Kent Foster said he felt "violated" after he came home to discover a stranger and her children in his home. (FOX Carolina)

Police went to the residence where Savannah Rhinehart, 25, allegedly told officers she lived there. Her two children were also there with her.

Foster said he noticed Rhinehart was wearing his wife’s clothes.

The home where the incident occurred in Union, S.C. (FOX Carolina)

"My mouth drops," Foster said. "She has all of [my wife's] clothes. Bedroom shoes, shirt, what she owned."

It was not immediately clear how Rhinehart allegedly entered the home.

Foster told the media outlet one of the children had no pants on. He said food had been eaten and the tub had allegedly been used.

Rhinehart was transported to a hospital to be evaluated. She was charged with child neglect, burglary and petty larceny, People reported. The children were placed in protective custody.

“I spoke to the officer who responded who said that in her mind she thought she lived there,” Union Public Safety Captain Kevin Powers told People.

As for Foster, he said he felt “violated” following the incident.