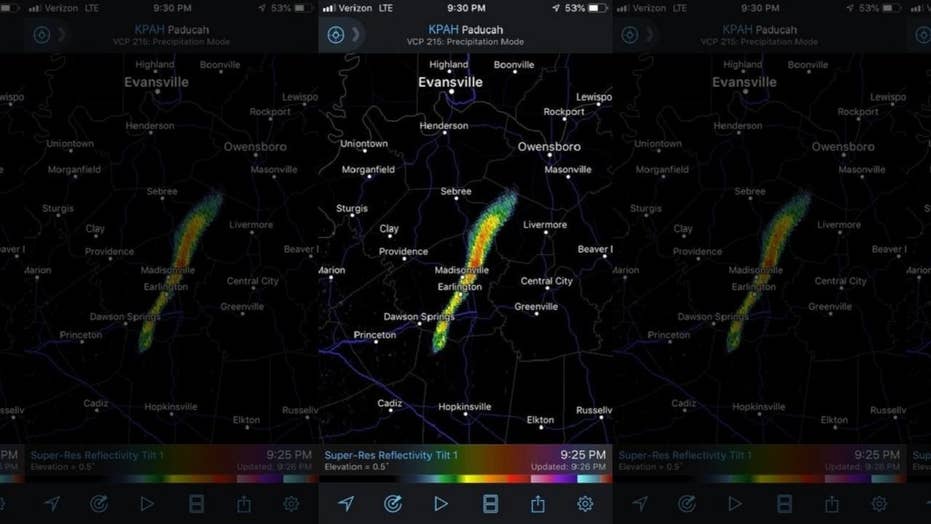 The origin of mysterious blips that appeared across radar in southern Illinois and western Kentucky may have come from military aircraft, but nearby military bases say they had nothing to do with it.

The origin of mysterious blips that appeared across radar in southern Illinois and western Kentucky Monday night may have come from military aircraft, but nearby military bases say they had nothing to do with it.

The storm-like blips left the National Weather Service in a state of confusion since it wasn't raining in the region, the Courier and Press newspaper in Evansville, Ind., reported.

Social media users theorized that the culprit could have been debris from passing meteors or even a flock of birds, the report said.

A local TV meteorologist tweeted out that an unnamed pilot at the Evansville Regional Airport in Indiana said the fog was chaff – radar-jamming material sometimes released during training exercises – from a military C-130 aircraft.

"Information from a pilot appears to confirm that chaff was the mysterious radar echo that traversed #tristatewx late Monday afternoon/evening. Pilot was told by EVV Air Traffic Control that chaff was released by a military C130 northwest of Evansville. @NWSPaducah," WEHT-TV meteorologist Wayne Hart tweeted.

If the blips were indeed chaff from a military plane, no military installations in the area are claiming it as theirs.

“Whatever aircraft it was, it was not a Scott Air Force Base craft," Master Sgt. Thomas Doscher said Tuesday morning.

A spokesperson for Fort Campbell in Kentucky said he didn’t know any operation involving a C-130. He added that if such a plane did originate from the Army base, it would have been involved in a secret special forces exercise.

The Federal Aviation Administration and the Evansville airport did not immediately respond to Fox News requests for comment early Wednesday.