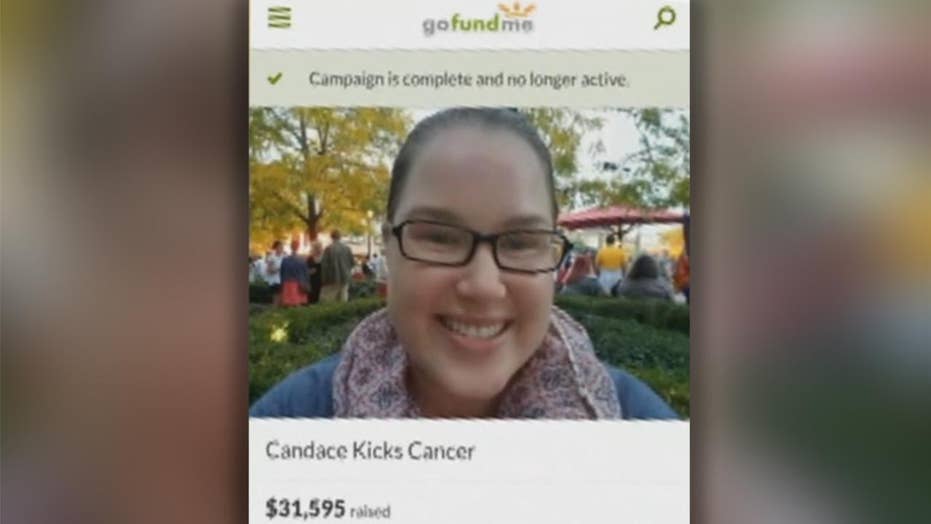 GoFundMe's laudable mission – to facilitate fundraising for worthy causes and goals – has attracted its share of unsavory types looking to exploit tragedies, and the public’s compassion. Here are just a few of the more egregious campaigns:

- A New York couple lied about their child having cancer in a public appeal on the crowdfunding platform last year, in order to solicit money, according to Syracuse.com, quoting police. Martin and Jolene LaFrance were charged with attempting to defraud and endanger the welfare of a child, known as C.J. The couple had received more than $3,000 in donations.

- When George Young was shot to the death outside his Georgia home last year, friends set up a GoFundMe page last year to help his widow, and fatherless children. But Tia Young, police say, had her sights set on getting money another way – a $1 million insurance policy on her husband that authorities believe was the motive behind her setting up the murder with her lover, Harvey Lee.

- A GoFundMe page lamented the death of Arizona resident Jared Aguilar last Christmas, showing his Facebook photo, and asking for $5,000 in donations for his burial. One of the many people who checked out the page was Aguilar himself, who was alive, well, and more surprised than anyone to read about his demise.

“We opened up presents and whatnot. My brother calls me over and says 'Hey I found this, you're dead," Aguilar said to 12News.com. "I'm like 'What the heck, what's going on?’ My phone is blowing up at this point. Friends, co-workers -- people I haven't talked to me in two years are calling me, texting me.”

- Robert George, a Wisconsin man who did not want to disappoint his father – or so he said – found himself in one fine mess after he drunkenly rode his bike and crashed in to a parked car, coming away with bruises. So he came up with what struck him as a genius idea – a story about being beat up and robbed by four strangers, according to the local Fox affiliate.

George took his story public, thanks to an acquaintance who set up a GoFundMe page to help him raise more than $3,000. Investigators who analyzed local videos concluded George had made up the story.

- For about three years, Canadian Cindy Smith told loved ones she had a rare, degenerative disease. They went to bat for her, setting up a GoFundMe page where they raised more than $100,000. But police stepped in after a local news outlet could not obtain evidence of Smith’s medical procedures or treatments. She pleaded guilty in 2016 of defrauding the public.

“Everybody was fooled,” a fraud investigator told InsideHalton.com