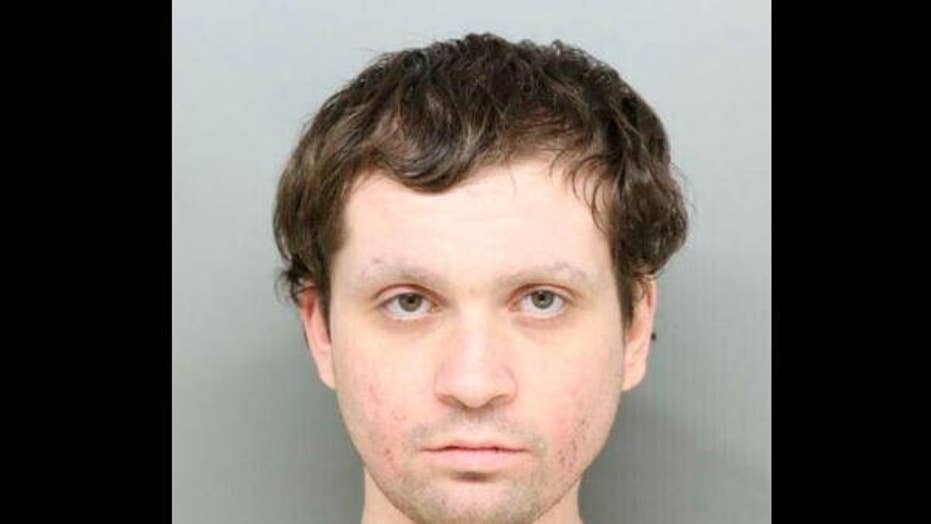 Brian Rini, the man who claimed to be Timmothy Pitzen, was charged with lying to a federal official

Before ex-convict Brian Rini launched his bizarre attempt to claim he was an Illinois boy who disappeared in 2011 at the age of 6, there were plenty of others who engaged in hoaxes, trying to pass themselves off as other people. Here are a few of the most notorious:

He came to be known as a Rockefeller – Clark Rockefeller, to be exact.

As a Rockefeller, he moved in the highest social circles, gaining memberships in country clubs, luxuriating on yachts, and showing off expensive artwork that astonished even the most discriminating collectors. He married a wealthy woman, Sandra Lynne Boss, who boasted a Harvard MBA and earned $2 million a year. They had a daughter.

But Rockefeller actually was Christian Karl Gerhartsreiter, born in Germany.

The faux Rockefeller scion came to the United States on a tourist visa when he just 17, giving a surprise visit to a Connecticut student backpacker he had met in his homeland, according to the Wall Street Journal.

In 2006, Boss ended the marriage, still not realizing his identity had been a fraud. In court, however, she said he had managed to con her for more than a decade because:  "One can be brilliant and amazing in one area of one's life and really stupid in another." She paid him $800,000 in alimony.

In 2013, Gerthartsreiter was sentenced to 27 years to life in the death of his Southern California landlady's son, who had been missing since 1985 and whose dismembered remains were found in 1994 by workers who were installing a pool in the home the victim's mother had owned.

The jury had convicted Gerhartsreiter, who has argued he is innocent, of first-degree murder in the killing of John Sohus, 27.

She was known among the New York art and party gentry as Anna Delvey, who introduced herself as a German heiress with a $60 million fortune. Friends were happy to lend her money, and high-end hotels let her stay in them without requiring her to provide a credit card.

In reality, she was Anna Sorokin, born in Russia, and daughter of a truck driver. She dropped out of college and went to Paris for a while, eventually going to New York City, connecting with trust fund kids and providing a convincing story about herself as a mover and shaker. Sorokin lived the life of a socialite, financing her expensive taste in part by scamming others, according to published reports. Through fraud, she tried to secure a $22 million loan to realize her dream of opening up a club in Manhattan.

She borrowed a lot of money she never repaid and stiffed hotels and other establishments when they pressed for payment.

Anna Sorokin is escorted into a courtroom after a recess in her trial in New York State Supreme Court on Thursday. (AP Photo/Richard Drew)

Now Sorokin is standing trial in New York, accused of stealing $275,000 from friends and financial institutions.

Sorokin, however, is still acting the part of an heiress.

She has caused court delays because of fits over unacceptable outfits brought to her for her hearings, according to The New York Daily News.

“I told you previously we were not holding up this trial any more over your fashion,” Justice Diane Kiesel firmly and irritably told Sorokin after she finally showed up in court with wrinkled but fashionable clothes.

“I’ve had a jury here since 9:30 this morning. This is unacceptable and inappropriate . . . This is not a fashion show!”

In 1928, 9-year-old Walter Collins disappeared in California. Months later, a boy in Illinois told police he was Walter.

The boy, it turns out, was actually 12 and was named Arthur Hutchins Jr., who was a runaway.  Years later, Hutchins said he had lied about being Walter because “I was sure that would be my best way to get to California.”

When authorities turned him over to Walter’s mother, the charade was up. Police tried to persuade the mother that the boy really was her son, explaining that traumatic experiences can change appearances.

Walter’s mother would have none of it, according to the Los Angeles Times.

The smoking gun came during a trip to the beach, when Hutchins took to the water like a fish.

Walter always had been terrified of the water. Christine Collins told police that this was conclusive proof the boy they brought to her was someone other than her missing son. The police fumed.

Los Angeles Police Department Captain J.J. Jones, who investigated Walter's disappearance, allegedly told Collins: "What are you trying to do, make fools out of us all? Or are you trying to shirk your duty as a mother and have the state provide for your son? You are the most cruel-hearted woman I've ever known. You are a . . . fool!"

The police locked her up in a psychiatric hospital.

Eventually, Hutchins confessed to making up the whole story up, and police concluded Walter had died at the hands of a serial killer.

French-born Frederic Bourdin passed himself off as a 14-year-old runaway while traveling around Europe, though he was in 20's.

But when he told his bogus story at a group home for Spanish youths, the staff thought something was not quite right.

If he was going to stay there, they told him, he had to give them proof that he was a teenager, and he had 24 hours to do it.

Bourdin called the National Center for Missing and Exploited Children, the Washington Post reported, and pretending to be an employee of the youth shelter, he culled information about a boy named Nicholas Barclay who had been missing from San Antonio since 1994. Bourdin told the center that he believed a boy at the youth shelter was Barclay. When police went to check, he posed as Barclay, and was sent to San Antonio to live with the missing boy's family in what authorities thought was a reunification.

In 2008, Bourdin told a New Yorker magazine journalist that he had craved attention at the time of his fraudulent act.

Barclay's relatives, incredibly, believed it could be their missing relative.

The truth eventually caught up with him, and he was sent to jail for five years for perjury and falsifying documents.

In the New Yorker interview, Bourdin, who had come to be known as a serial child impersonator, said: “People always say to me, ‘Why don’t you become an actor?’ I think I would be a very good actor, like Arnold Schwarzenegger or Sylvester Stallone. But I don’t want to play somebody. I want to be somebody.”