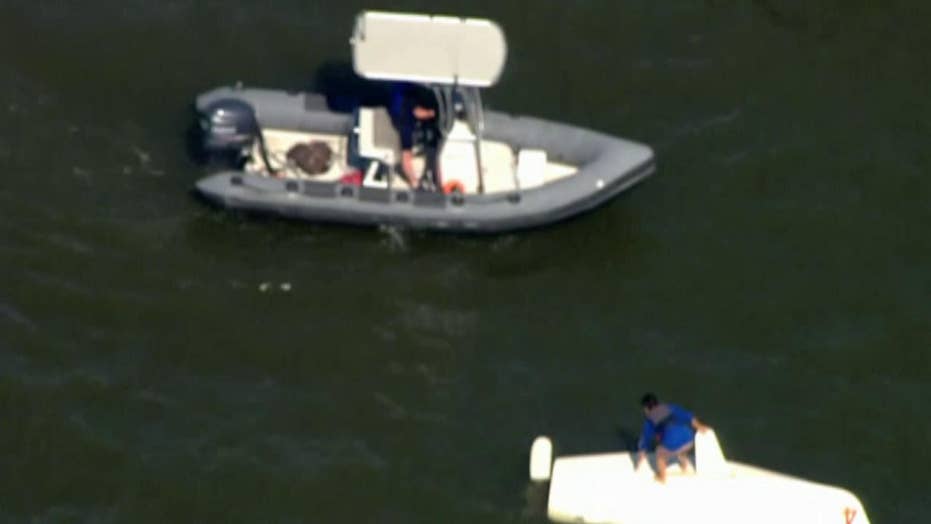 Raw aerial footage shows the moment that a man was rescued from his upside-down boat in the Hudson river.

Two people were rescued in the Hudson River on Monday after their small boat overturned just outside New York City, officials said.

One of the people on board fell into the river and was pulled out of the water by a good Samaritan.

The second passenger was stuck standing on top of the upside down boat, which he reportedly tried to flip upright. He eventually jumped into a rescue boat.

Both passengers are reported to be doing fine.

There was no immediate explanation for why the boat overturned.