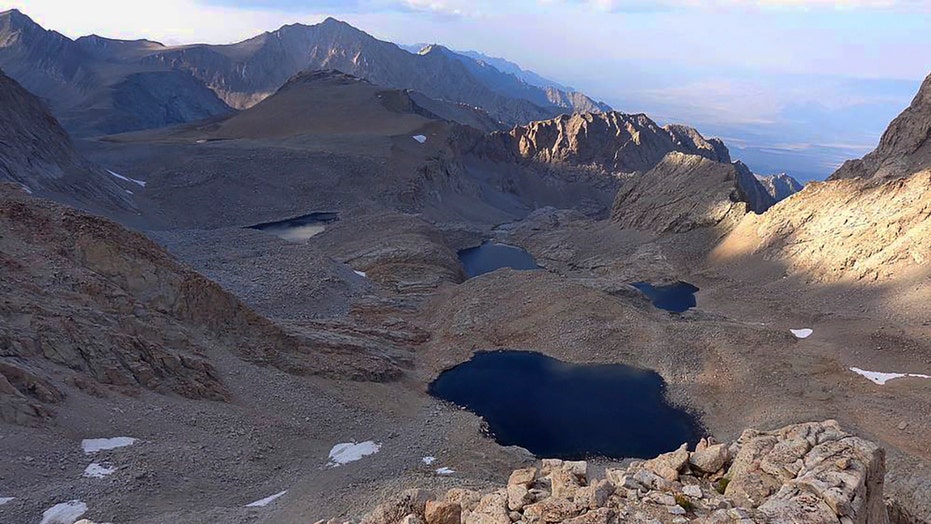 Two hikers climbing California’s second-highest peak last week unearthed a mystery in the mountains when they found a human skeleton buried in a field of boulders.

Tyler Hoffer and his friend made the grisly discovery on Oct. 7 during their ascent to the summit of Mount Williamson. The pair first noticed what turned out to be a fractured human skull among the boulders. They moved some rocks and found a full skeleton along with leather shoes and a belt.

The skeleton was laid out on its back with arms folded across its chest, a positioning that led Hofer to suspect it had been intentionally buried.

"It wasn't in a position of distress or curled up," Hofer told The Associated Press. "It was definitely a burial because it was very strategically covered with rocks."

The pair had gone off course and found themselves trekking through boulders in a remote basin near a lake when they came upon the body.

"The average person who was hiking to Williamson wouldn't have gone the route we went because we were a little bit lost, a little bit off course," Hofer said. "So it made sense that nobody would have stumbled across the body."

Hofer and his friend continued their ascent to the 14,374-foot summit, where they called the sheriff’s department.

But local authorities don’t have any answers to who the hiker was, how they died, or if they were ever reported missing. Unlike Hofer, authorities were unsure whether the apparent burial was done purposefully.

"I can't say whether it's intentional or not, but it's not an area that would be prone to rockfall," said Sgt. Nate Derr of the Inyo County Sheriff's Department.

However, investigators said there were no signs of foul play.  They plan to use DNA to try to identify the remains, which were so decomposed they could be decades old.

"This is a huge mystery for us," spokeswoman Carma Roper said.