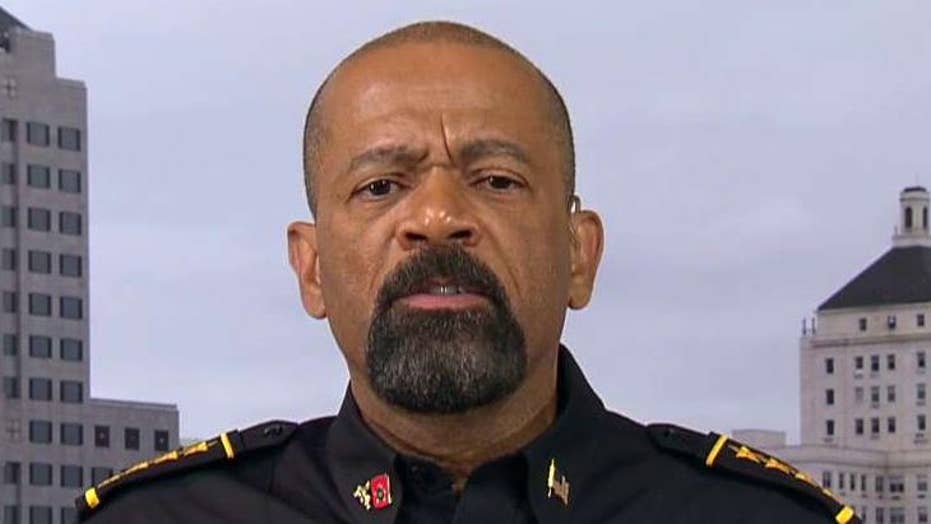 A top Wisconsin law enforcement official blames “progressive policies” for the behavior of violent protesters in Milwaukee who took to the streets after Saturday’s police shooting of an armed black man.

“These progressive policies have hit the black community like a nuclear blast, and until we reverse this government dependency, that’s what creates all of this – and encourages it, by the way,” Clarke said.

Clarke said “an intact family” and the ability to “self-criticize” could help curb such destructive behavior. But he said those values are being trampled by “progressive ideology.”

He added, “This dangerous ideology that has been very destructive on the black community, until we push back…this thing’s only going to get worse.”

At a news conference Monday, Milwaukee Mayor Tom Barrett said outsiders were trying to damage a great neighborhood where he lived for 11 years. Barrett said he was concerned about the economic damage being done to the Sherman Park neighborhood.

Police Chief Edward Flynn said the shooting of Smith on Saturday was a flashpoint for underlying tensions. The chief said many people outside the neighborhood were using that for their own agendas.