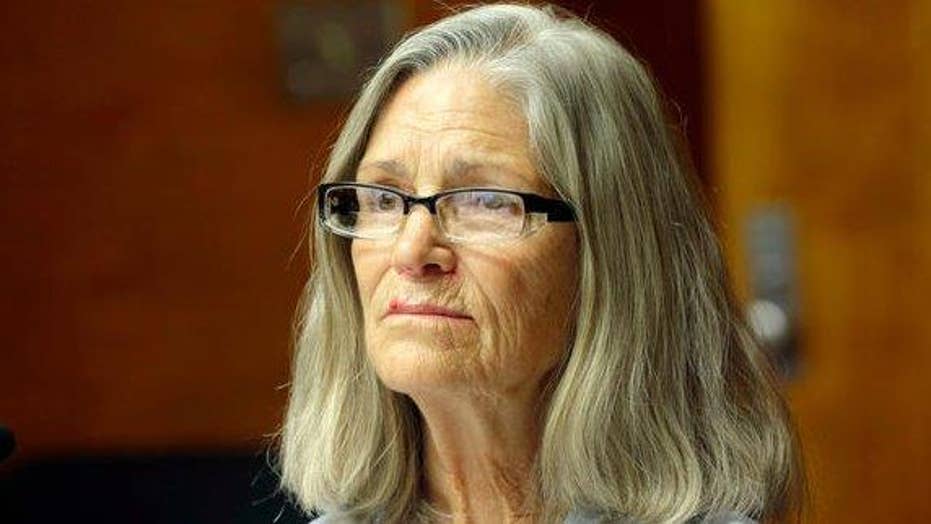 A follower of mass murderer Charles Manson should stay in prison for the notorious killings of a wealthy California grocer and his wife more than four decades ago, nearly 140,000 people said in a petition given to Gov. Jerry Brown on Monday.

They want him to block the parole of Leslie Van Houten for killing Leno La Bianca and his wife Rosemary. They were killed a day after other so-called "Manson family" members killed pregnant actress Sharon Tate and four others in 1969.

A nephew and a grandson of the La Biancas joined Debra Tate, Sharon's sister, in turning in three boxes of signatures at Brown's Capitol office.

"This is a real domestic terrorist, cold-blooded, heinous, heinous," Tate said outside Brown's office. "That is a vicious individual and we would like to prevent that from being re-released on the rest of society. Nothing's going to bring home our family members. However, perhaps we can prevent it from happening to somebody else."

A parole panel recommended in April that Van Houten be freed. The recommendation is expected to go to Brown in August, and he will have until mid-September to block her release.

Most opponents signed the petition before the details of her parole hearing were publicly known, her attorney Rich Pfeiffer, said in an email.

"That means most (if not all) of the signatures were made without knowing the facts," he wrote.