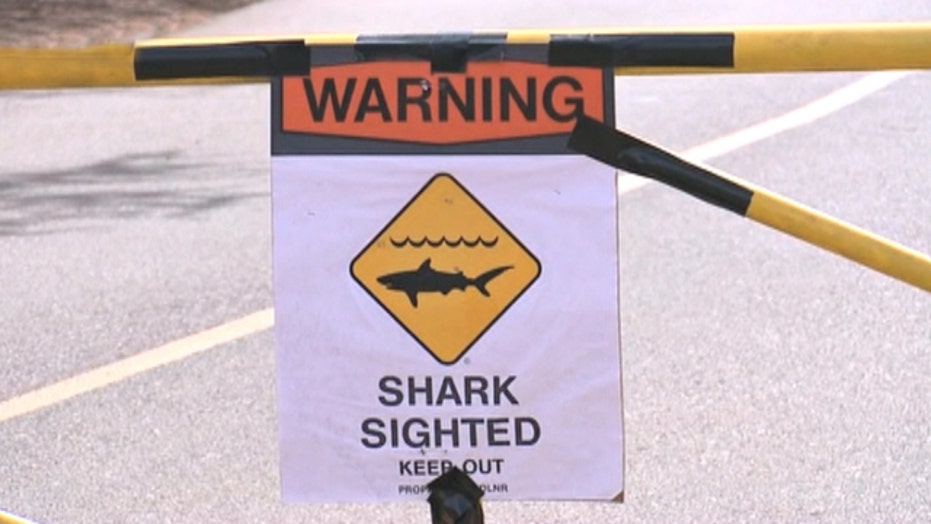 Victim found off the coast of Maui

"Our condolence goes out to the family of the victim."

The shark struck the unidentified woman just before 9 a.m. Wednesday as she was snorkeling near a popular spot known as "Dumps," according to the Maui Fire Department. Other snorkelers found her floating face down about 200 yards off-shore and pulled her from the sea, but she had suffered severe injuries to her upper torso. Paramedics and firefighters responded, but the woman, identified only as a resident of Kihei, did not survive.

Authorities said the woman had been snorkeling with two friends, but became separated from them. Hawaii's Department of Land and Natural Resources closed beaches from La Perouse Bay to Big Beach, Makena and Kihei.

In California's Orange County, two 5- to 6-foot sharks described as "juveniles" were spotted swimming just beyond the surf line at a public beach, prompted officials to issue warnings Wednesday, according to Chief Joe Bailey of the Seal Beach Marine Safety Department. A video posted on the department’s Facebook page shows one of the sharks swimming off Seal Beach.

The department first got reports of shark sightings on Tuesday, but lifeguards who searched the water found no signs of them. The following day, they spotted the sharks swimming outside the surf line. Bailey said shark sightings are rare, and downplayed the danger posed by the California sightings.

The Hawaii attack was the third fatal shark attack to occur in Maui waters near Makena since 2013. In December of that year, Washington resident Patrick Briney, 57, was kayaking when a shark bit his right leg, which was dangling in the water. He bled to death. Months earlier, a German tourist was killed when her arm was severed in a shark attack at Palauea Beach, near where the latest attack occurred.

It was not known what species of shark was involved in the latest attack. Kekoa Kaluhiwa, first deputy director of state Department of Land and Natural Resources, said at a news conference in Honolulu that the incident is being investigated. He said staff would be posting additional signs along the coast.

"Our condolence goes out to the family of the victim," he said.

Crews cleared the water using jet skis and the Department of Land and Natural Resources closed the area to swimmers, divers and other ocean activities. The area is expected to be closed until noon Thursday.

There are no reported witnesses of the shark attack, which was the first deadly encounter of the year in Hawaii.