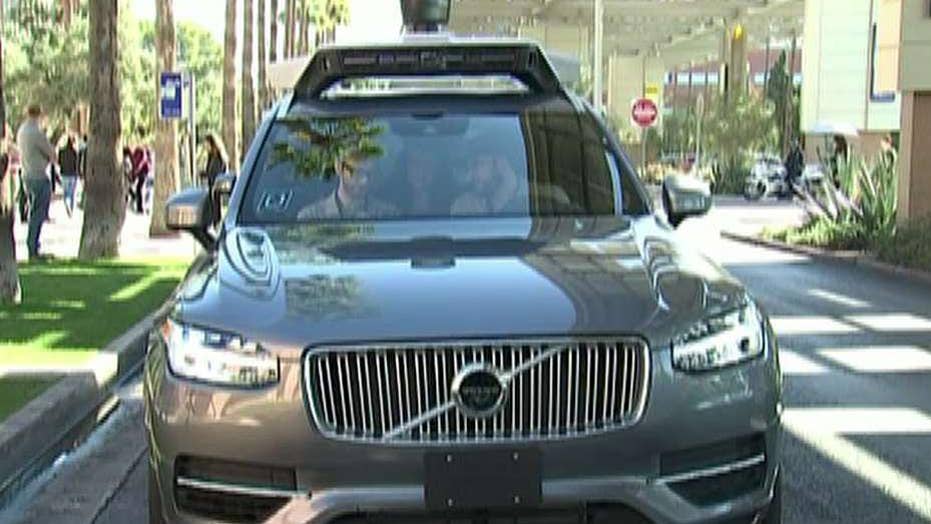 Police report that the vehicle was in self-driving mode but there was an operator behind the wheel when it hit a woman walking outside of a crosswalk.

Republican Gov. Doug Ducey used light regulations to entice Uber to the state after the company experienced a shaky rollout of test cars in neighboring California, and hundreds of vehicles with automated driving systems have been on the state's roads.

But on March 1, Ducey signed an executive order creating a detailed rules and licensing system for the vehicles. Under the new rules, a spokesman for the governor told the Phoenix New Times, a company that operates a self-driving vehicle would be held responsible if it negligently killed someone during testing. According to the paper, the company could even be held criminally liable in the same manner a person would.

Police in Tempe said an Uber-operated Volvo SUV was engaged in autonomous mode with a human back-up operator behind the wheel when it struck and killed 49-year-old Elaine Herzberg. Monday evening, investigators identified the back-up operator as 44-year-old Rafael Vasquez.

Tempe police spokesman Ronald Elcock told reporters that Vasquez "was cooperative and there was no impairment shown." He added that investigators had examined dashcam video from the car as well as video that showed Vasquez. 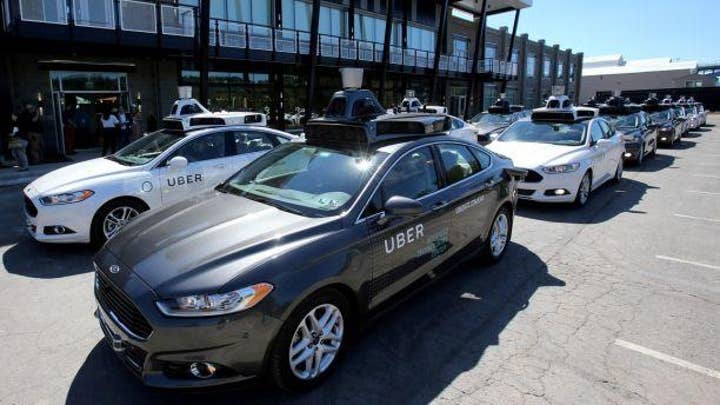 It was not immediately clear whether Herzberg's death could be considered the result of negligence. Investigators said the woman was walking outside the crosswalk when she was struck by the car. Under Arizona law, pedestrians are obligated to give vehicles the right of way when crossing outside of a crosswalk.

"If there's availability to do it, please use the crosswalks," Elcock admonished during a news conference. The police spokesman also said that the car was traveling 40 miles per hour when it struck Herzberg.

The Phoenix New Times reported that the speed limit in the area is 45 miles per hour. However, the paper also noted that the area is often traversed by pedestrians and "[m]id-street crossing is common."

Elcock said that the Maricopa County Attorney's Office would make the final decision about whether to pursue charges in Herzberg's death.

Uber CEO Dara Khosrowshahi expressed condolences on his Twitter account and said the company is working with local law enforcement on the investigation. Late Monday, the company announced it had postponed a planned Thursday showcase of its self-driving vehicles at the company's Tempe facility. Spokeswoman Stephanie Sedlak said the event would be held at a later date.

The crash in Arizona isn't the first involving an Uber autonomous test vehicle. In March 2017, an Uber SUV flipped onto its side, also in Tempe. No serious injuries were reported, and the driver of the other car was cited for a violation.

Herzberg's death is the first involving an autonomous test vehicle but not the first in a car with some self-driving features. The driver of a Tesla Model S was killed in 2016 when his car, operating on its Autopilot system, crashed into a tractor-trailer in Florida.

The NTSB said that driver inattention was to blame but that design limitations with the system played a major role in the crash.