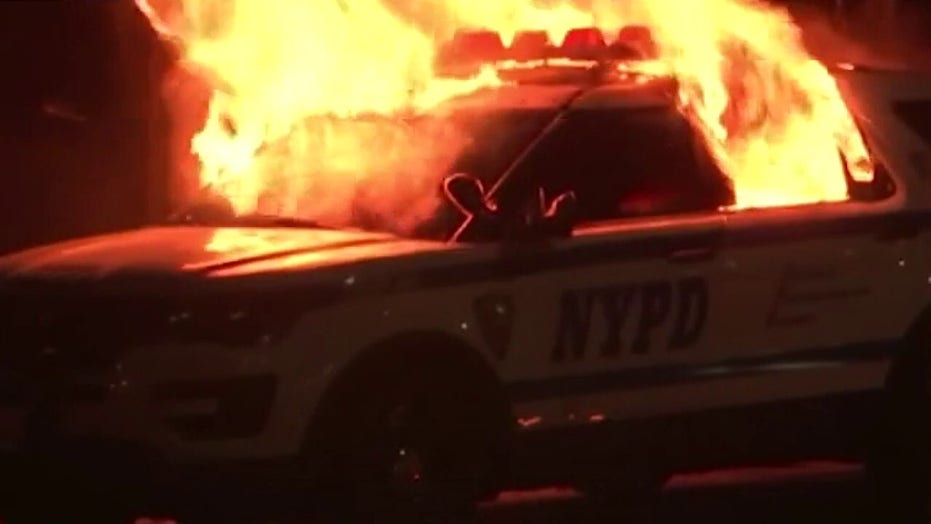 Metropolitan areas across the nation have devolved into rioting and looting for several consecutive nights after the death of George Floyd, a black man seen in the viral video with a Minneapolis officer's knee to his neck, on Memorial Day.

Rioters in Seattle reportedly had stolen two loaded AR-15s out of a smashed Seattle Police Department cruiser lit on fire earlier in the evening. Someone started firing one weapon into vehicles, sending crowds of protesters running from the scene.

That's when the security guard, a former Special Forces member with Q13 Fox Reporter Brandi Kruse at the scene, got the news crew to safety before pulling his own handgun on the rioter, yanking the AR-15 out of his hand and disarming the weapon.

The guard returned to the crew, who then called 911, but, while waiting for police to arrive, crowds could be heard starting to panic once again. Realizing a second man was armed with another AR-15, the security guard sprung into action again.

The second man, wearing a hoodie and a blue bandana over his face to conceal his identity, could be seen on live broadcast footage carrying an AR-15 before the security guard entered the frame, who pointed his own gun at the man and snatched the rifle.

On Sunday morning, Kruse tweeted a numbered sequence of the events that unfolded at the scene to provide clarification as to what happened. She said Seattle Police “needs to answer for why these weapons were left in police cars in the middle of the riot zone.”

“As I explained on air, our security guard felt that the public was in danger. He took the AR 15 from the rioter and disabled it. We called 911 and waited to hand it over and continue our reporting. Protesters surrounded us, calling us police,” Kruse tweeted.

In an earlier tweet, she wrote: “We have video of them firing one of them and were there when it happened. Witnessed it all. They shouted for people to 'clear the block' then fired and everyone ran.”

She also recounted that at one point during the incident, protesters started to surround her and the news crew, and began accusing them of being members of law enforcement.

“There was a moment after the AR-15 ordeal where a group of rioters surrounded me, screaming that I was a cop. One threatened my life. I am IMMENSELY grateful to a BLM protester who physically put herself between me and the rioters and told them to back off. Thank you, truly,” Kruse wrote.

By Sunday morning, the reporter also shared several images showing volunteers take to the streets of Seattle to scrub graffiti off of buildings and repair other damage done by the rioters.

“As the situation continued to intensify, protesters entered the freeway at Spring Street and attacked government buildings. As these groups refused to listen to commands or stop their destruction, SPD officers then had to deploy crowd control measures to end the lawlessness as assaults on officers and property continued. At no time have officers discharged their firearms. There were countless uses of non-lethal and crowd control tools,” she said.

Some 200 National Guard members also helped control the scene. The Seattle metropolitan area will extend its curfew for a second night to help maintain and restore the peace, KOMO reported.