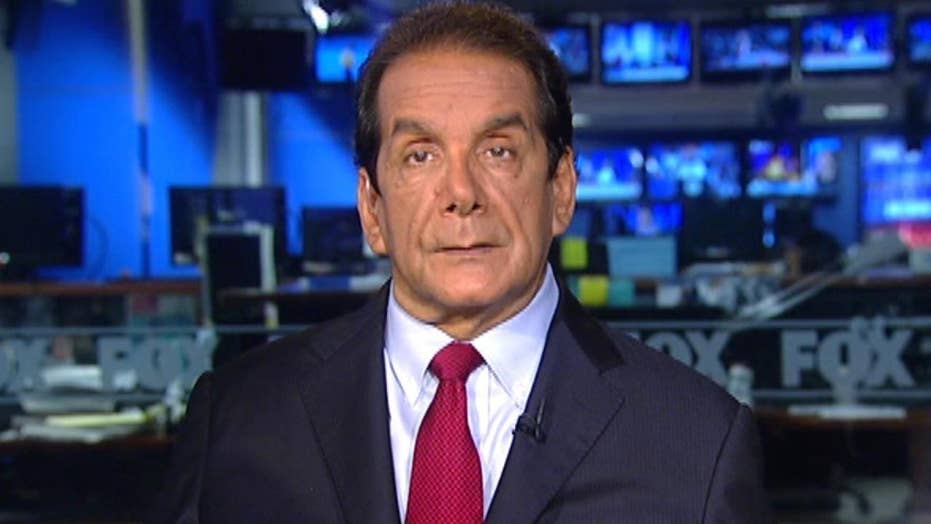 Can anything be done about race motivated hatred in America?

Charles Krauthammer joins 'The O'Reilly Factor' to analyze how poverty, failing education systems and family structures contribute to violence in the US

A city-run cultural program in Seattle is offering residents classes on "white fragility" to white folks understand why they can't seem to handle matters involving race, and tickets have sold out.

Lecturer Robin DiAngelo, who coined the term, is teaching the taxpayer-funded class for the city Officeof Arts and Culture. She defines white fragility as "a state in which even a minimum amount of racial stress becomes intolerable, triggering a range of defensive moves."

Critics say it is just the latest attempt at spreading white guilt, following in the footsteps of concepts such as "white privilege."

"By the way, DiAngelo is white," noted Todd Herman, of MyNorthwest.com. "But she doesn’t have any bias or fragility. And we’re going to pay her a bunch of money to teach a class on white fragility!"

The Office of Arts and Culture, which has a budget of $8.3 million, is holding two 4-hour classes, Aug. 17 and Sept. 7. Tickets are $60 and both lectures are sold out. Erika Lindsay, a city spokesperson, says staffers have been working on the event, but she could not pinpoint how much taxpayers are shelling out for the program.

“A primary role of our office is to provide programs and resources to help the arts and culture sector flourish and many arts and cultural organizations see the ability to become more inclusive as a major step towards their ability to thrive,” she said.

DiAngelo, who is white, has made a career out of studying whiteness. She earned her doctorate in Multicultural Education from the University of Washington in 2004. Ten years later she became a tenured professor in whiteness studies at Westfield State University. Now she is back in Seattle working as a lecturer at the University of Washington. She’s also director of equity for Sound Generations, Seattle/King County and was recently appointed to co-design Seattle’s Race and Social Justice Anti-Racism Training program.

Seattle is not alone in spending tax dollars on educating white people about their purported fragility. Portland Community College held a series of lectures in April under the heading: "Whiteness History Month Project."

Bullen also says white people need to be much harder on themselves. “Seeing yourself as well-meaning," she said, “removes responsibility for your actions…good intentions are one of the great hindrances to honest conversations about race.”