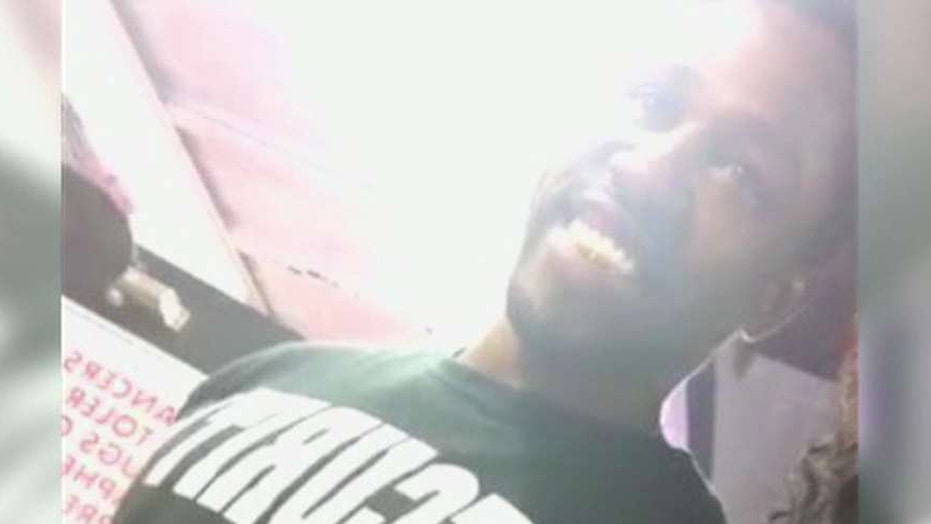 The manhunt for accused cop-killer Markeith Loyd focused on an abandoned country club building on Sunday -- but police ultimately announced they'd found no sign of him there.

Orlando police said they were just searching the Rosemont County Club and a wooded area and weren’t acting on a tip, according to Fox 35 Orlando. That same area was under lockdown last week after Lt. Debra Clayton was shot and killed.

As many as a dozen law enforcement officers were involved in the search at the country club, WFTV added.

Clayton was remembered Saturday at her funeral service as someone who put everyone at ease with her infectious smile and made every effort to bridge the gap between the community and law enforcement. She was posthumously promoted to lieutenant during the ceremony.

Loyd is accused of gunning down Clayton when she approached him outside a Walmart in Orlando last Monday. Loyd was wanted for the murder of his pregnant girlfriend at the time.

Hundreds of officers and deputies have been searching for him since Monday, and a $100,000 reward is being offered for information that leads to his arrest. Among them was sheriff's Deputy First Class Norman Lewis, who died when he was thrown from his motorcycle in an accident.

Police arrested a former supervisor at the fried-chicken restaurant where Loyd worked, an ex-girlfriend and a niece on Tuesday and Wednesday on charges of helping him. Orlando police Chief John Mina said they haven’t been cooperative.