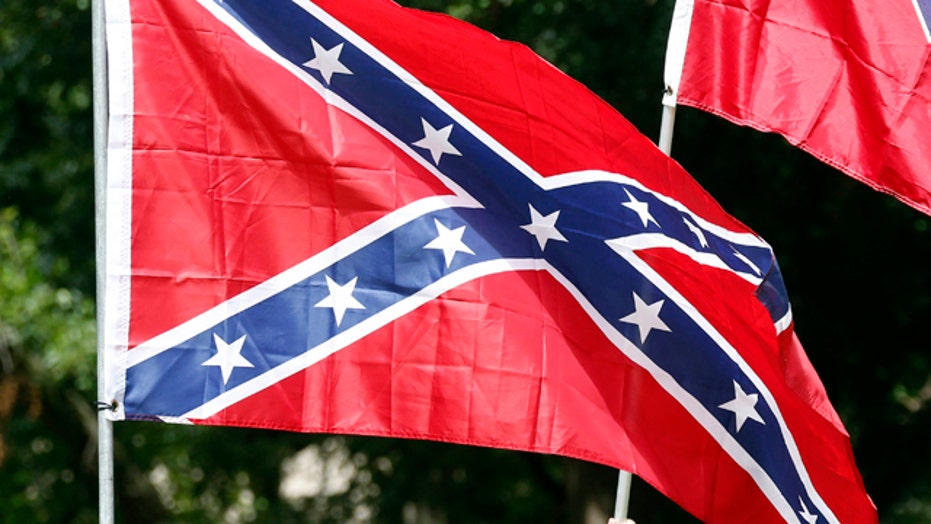 Your Buzz: Don't call me a bigot!

The debate over displaying the Confederate flag has made its way into school parking lots.

Three students were called to the principal’s office at a Christiansburg, Virginia high school earlier this month and told to remove Confederate symbols from their vehicles. All complied. Two of the students told the Roanoke Times they were threatened with a three-day suspension. Officials at the school said that wasn’t the case.

“I honestly did not think it was a problem around here"

Christiansburg is the lone school of the county’s four public high schools to have a parking contract requiring that “vehicles must be free from displaying any flags or symbols that are deemed offensive to any race, religion, ethnic group, or sexual orientation.”

The rule was added this year in order to bring the parking requirements in line with school dress code and locker guidelines, Drake said.

Debbie Cox, the mother of one of one of the female students who was asked to remove the Confederate logo, admitted she didn’t thoroughly read the parking contract before signing it.

“I honestly did not think it was a problem around here,” Cox said.

The debate about banning images of the Confederacy began percolating after a white man gunned down nine members of a historic black church in South Carolina in June. Photos show the alleged shooter, Dylann Roof, posing with the Confederate flag and the attack is thought to have been racially motivated.