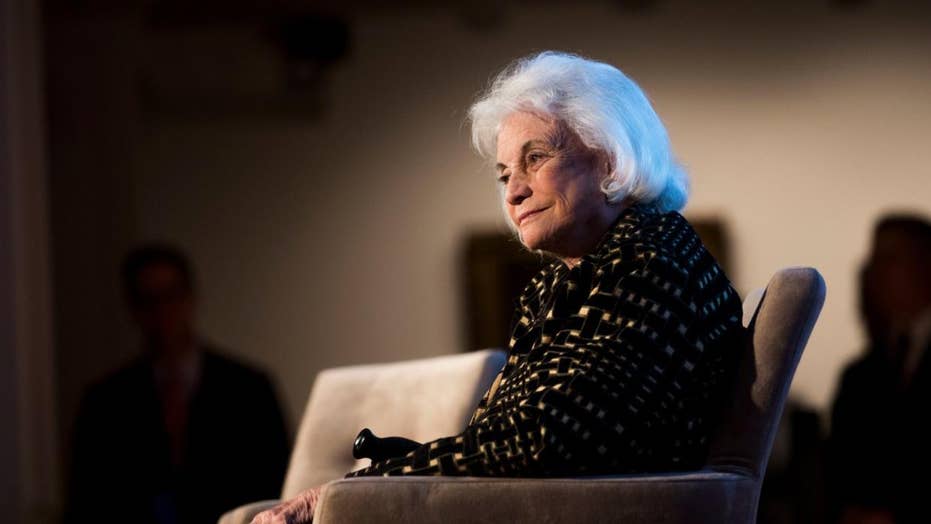 Sandra Day O’Connor, the first woman to ever serve on the Supreme Court, announced that she has the beginning stages of dementia and ‘probably Alzheimer’s Disease.’

O'Connor said her doctors had diagnosed her with the disorder, which has forced her to retire from public life, “some time ago."

“Since many people have asked about my current status and activities, I want to be open about these changes, and while I am still able, share some personal thoughts,” O’Connor wrote in a letter released Tuesday.

The 88-year-old went on to speak about advanced civic learning and engagement, which she vowed to dedicate the rest of her life to since retiring from the Supreme Court 12 years ago. In 2009, O'Connor founded iCivics, a group which promotes civic education in schools through free, educational online games.

"I can no longer help lead this cause, due to my physical condition," she wrote. "It is time for new leaders to make civic learning and civic engagement a reality for all. It is my great hope that our nation will commit to educating our youth about civics, and to helping young people understand their crucial role as informed, active citizens in our nation."

She said she will be living in Phoenix, Arizona, surrounded by her friends and family.

"While the final chapter of my life with dementia may be trying, nothing has diminished my gratitude and deep appreciation for the countless blessings in my life. How fortunate I feel to be an American and to have been presented with the remarkable opportunities available to the citizens of our country," she added.

O'Connor was nominated by President Ronald Reagan and took her seat on the court in 1981. She took part in key votes that included Grutter v. Bollinger in 2003, allowing state colleges and universities to use affirmative action in their admissions, and the Bush v. Gore case, which stopped the recount in Florida that officially made George W. Bush as the U.S. president in 2000.

In 1992, she was the fifth decisive vote in the Planned Parenthood v. Casey decision that affirmed the "essential holding" of Roe. v. Wade.

O'Connor announced her retirement in 2005 at age 75, citing her husband John O'Connor III, who was suffering from Alzheimer's disease, as a major part of her decision. He passed away in 2009.

The former Supreme Court justice also battled health issues in the past. She underwent surgery for breast cancer in 1988, and in the same year, had her appendix removed, the New York Times reported.

"As a young cowgirl from the Arizona desert, I never could have imagined that one day I would become the first woman justice on the U.S. Supreme Court," O'Connor said Tuesday. "I hope that I have inspired young people about civic engagement and helped pave the pathway for women who may have faced obstacles pursuing their careers."