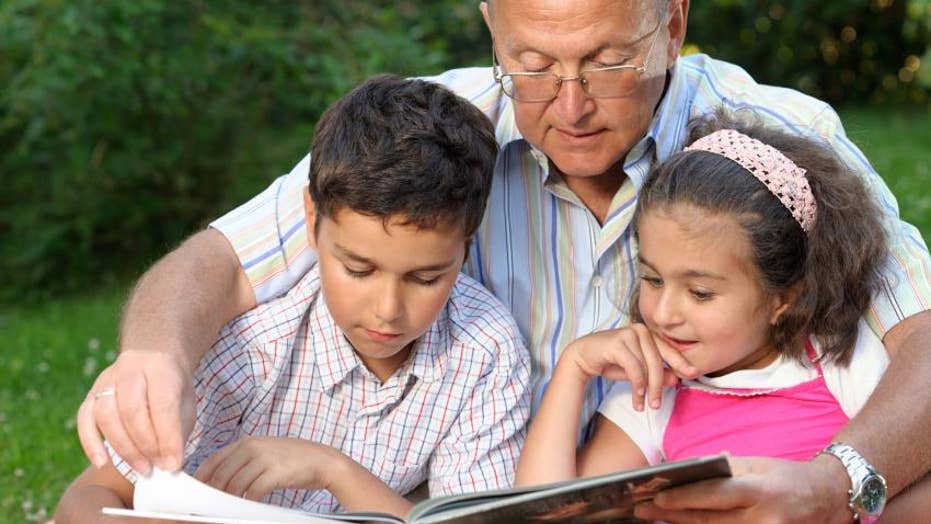 Alzheimer’s: Does family history guarantee you’ll get it?

: Q&amp;A with Dr. Manny: “My family members have Alzheimer’s disease. Does that mean I’ll inherit it?

You’re feeling forgetful: Is it just a “senior moment,” or is it actually Alzheimer’s disease?

Knowing the difference could prove to be crucial — the neurodegenerative disease is the sixth-leading cause of death in the U.S., according to the Alzheimer’s Association.

What is Alzheimer’s disease, and how does it differ from dementia?

Dementia is a broad term describing when cognitive problems affect daily functioning, while Alzheimer's disease is a specific cause of dementia, according to experts.

The disease can affect daily living. The National Institute on Aging said that it “slowly destroys memory and thinking skills and, eventually, the ability to carry out the simplest tasks.”

Another term — Alzheimer's disease dementia, or dementia caused by Alzheimer's disease — describes the "symptomatic/end-result" of brain changes due to the disease, Dr. Gregory Day, a neurology instructor at the Washington University School of Medicine in St. Louis, told Fox News via email.

ALZHEIMER'S DISEASE: DOES FAMILY HISTORY GUARANTEE YOU'LL GET IT?

Changes probably start happening in the brain decades before there are symptoms, he explained.

Dr. Judith Heidebrink, an associate professor of neurology with the University of Michigan, said she uses the term "Alzheimer's disease" when speaking about disease pathology, but "Alzheimer's dementia" when it's reached the point in which someone is showing symptoms.

Dementia can also be caused by other health issues, and depending on what's behind someone's dementia, patients may exhibit different symptoms.

What are some signs to look out for?

Doctors may diagnose patients with mild cognitive impairment (MCI) -- which others might call "very mild" dementia caused by Alzheimer's disease -- before they're found to be in a "mild" stage.

People with early or mild Alzheimer's disease usually have issues with memories first, according to Dr. Joseph Masdeu, the director of the Houston Methodist Nantz National Alzheimer Center.

The hippocampus, the area of the brain that deals with short-term memories, is “most affected” in the early part of the disease, Dr. Zaldy Tan, the medical director of the UCLA Alzheimer's and Dementia Care Program, explained. People “can remember things from decades ago, but not things from a few hours ago.”

Those who have mild dementia due to Alzheimer's disease can have trouble making decisions, solving problems, paying bills and handling retirement funds, according to Day. They can also have issues remembering the day of the month or week, he said.

Patients with mild Alzheimer's dementia, Heidebrink said, may have problems with memory, "higher-level decision making," transportation, driving routes, bill-paying and medication, but are able to do things like dressing themselves or complete household activities.

Patients may exhibit "marked repetitions of questions, stories, or statements," Day said. Though repeating can be an early symptom of the disease, it's "more and more obvious" here.

People can have trouble finding their way around and have judgment issues, making them susceptible to financial scams, he explained. They can also exhibit personality changes which make them "offensive or rash," and they may wander, Day added.

Patients with moderate Alzheimer's dementia may be increasingly forgetful or disoriented and could forget the month or season, Heidebrink explained. They can have trouble clearly expressing themselves and completing household tasks, she said.

“People with severe Alzheimer’s cannot communicate and are completely dependent on others for their care,” according to the NIA. “Near the end, the person may be in bed most or all of the time as the body shuts down.”

These patients frequently experience issues like weight loss, seizures and can have trouble swallowing.

Those with severe Alzheimer's dementia can also forget "longer-term" memories like where they grew up, their birthday or when they were married, according to Heidebrink.

How can I reduce my risk of developing Alzheimer’s disease?

Physical activity has been shown in studies to reduce the risk of dementia and cardiovascular disease, Tan said.

When it comes to mental stimulation, “the best thing is to be mentally active in whatever it is you like to do,” Masdeu said.

People who snore may also want to find out if they have sleep apnea, as it's harmful to the brain, Masdeu explained.

The key thing, Day said, was for people to treat health conditions that could worsen dementia and affect blood flow to both the brain and blood vessels. He also recommended people use things like brain games and puzzles.

What should I know about Alzheimer’s disease versus getting older?

"I would say the key distinction is whether instances of forgetfulness are occasional or minor or if they’re a consistent problem that affects daily tasks," Heidebrink explained.

“Everybody forgets,” Tan said, adding that the main concern “is frequency and the type of things they forget.”

With normal cognitive aging, people don’t process information as quickly, he explained, adding that it can take longer to recall things like the name of a favorite actor in a movie or a restaurant name.

People dealing with this “may take a little longer, but they get to it.”