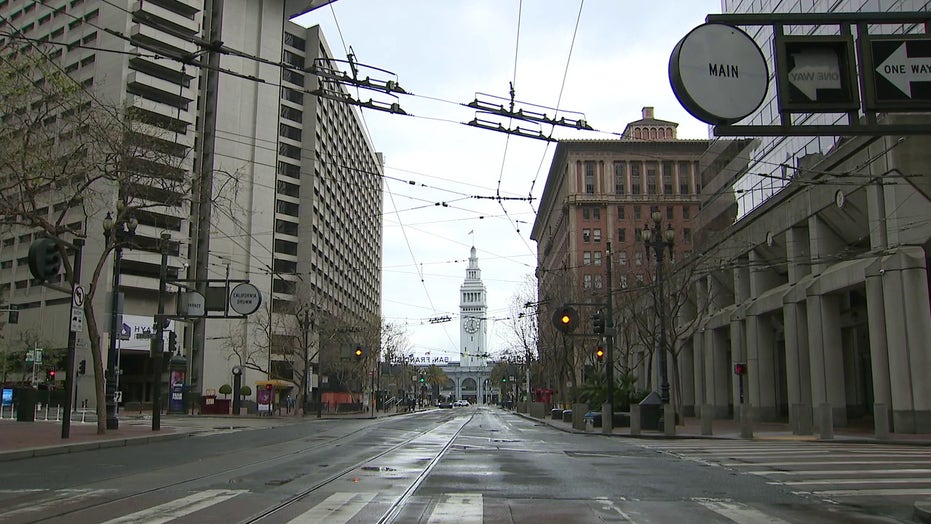 San Francisco police last week issued their first citation to a person violating a shelter-in-place order: an 86-year-old anti-abortion protestor, according to a report.

A woman wears a mask during the coronavirus outbreak while crossing a street in front of the skyline in San Francisco, Saturday, April 4, 2020. (AP Photo/Jeff Chiu)

The citation came a day after officers had spotted him allegedly dropping leaflets on the sidewalk and warned him to obey the order.

Police spokesman Sgt. Michael Andraychak confirmed the citation on Friday, saying that Konopaski is the first and only person the SFPD has cited for a violation of the order so far.

The shelter-in-place order issued late last month directs all individuals living in the country to continue sheltering at home except for their “essential needs” like food or medicine.

Prior to the citation, SFPD officers had been focusing their resources on educating the public to stay home during the pandemic, Police Chief Bill Scott told the Examiner.

At a Friday news conference, Scott said officers would start citing people and businesses who violated the shelter-in-place order.

“I’ll make this very clear, particularly for the business owners in our city,” he said. “If we have to go back, we are not going to ask twice.”

Konopaski, who has reportedly engaged in anti-abortion protests for at least a decade, told the Examiner that the order violated his constitutional rights to free speech and religion.

“The people who are opposing my being there are just using this order as a tool to engage the police to do their dirty work to get rid of me,” Konopaski said. “I’m 86 years old and I know how to take care of my health. I’m following the order of this health thing even though I think that is a gross overkill or overreach.”

Konopaski is due in court later this month. The fine he is expected to pay will be determined by a judge.