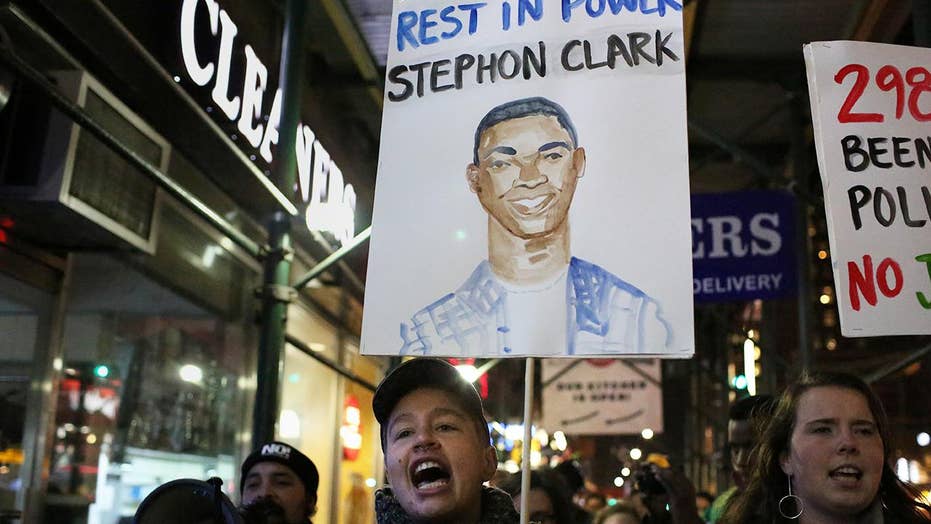 Activists are demanding criminal charges against the cops. William La Jeunesse has the latest details from California.

The Sacramento Police Department released on Monday more than 50 new video files and two audio files of last month’s shooting of an unarmed black man in his grandparents’ backyard.

The files of the March 18 shooting that killed Stephon Clark were from responding officers and police squad cars, including a video of cops in the night looking for the suspect through nearby blocks and open lawns.

“The time frame of this material is from when the officers begin their response to when the Sacramento Fire Department declares Mr. Clark deceased. The helicopter footage begins at the end-point of the previous release to the end of the footage. The audio files consist of two 9-1-1 transfer calls from the California Highway Patrol,” the department said in a statement.

Last month, the department made the unusual decision to release video of Clark’s shooting within three days after he was killed, including body camera footage from the two officers who shot the 22-year-old while responding to reports of someone breaking car windows, and from a sheriff’s department helicopter circling overhead.

The department said the two officers have been with Sacramento police for two and four years, but each has four years’ previous experience with other law enforcement agencies. Both are on paid administrative leave.

“This is a very complex issue and it will take complex solutions. Our community is crying out for change,” said Hahn, who became the city’s first black police chief last year.