A Russian man was indicted in Texas after allegedly operating a cybercriminal marketplace that sold stolen logins and personal information.

Igor Dekhtyarchuk, 23, was named in an indictment on March 16 by a federal grand jury in relation to operating "Marketplace A" since 2018, which sold "thousands of stolen login credentials, personal identifiable information, and authentication tools," according to the Departement of Justice. The marketplace claims to have sold more than 48,000 compromised email accounts and more than 39,000 compromised online accounts.

HACKERS TARGETED US ENERGY COMPANIES AHEAD OF UKRAINE INVASION: SOURCE

Dekhtyarchuk was also found operating and selling rental access to "[Company A] Auth 1.0," a downloadable software program in which the customer could input the stolen access devices to access compromised Company A accounts.

With more than 5,000 daily visitors to the marketplace, customers could purchase access to various compromised devices, including online and credit card accounts for the same victim. Products ranged in price across the site.

"One option allowed Dekhtyarchuk’s customers to purchase the information to unlawfully access two online retail accounts plus receive credit card information for the same victim.  Some options were broken down by known account balances, which were sold at different price points," the DOJ said in a press release on Wednesday. 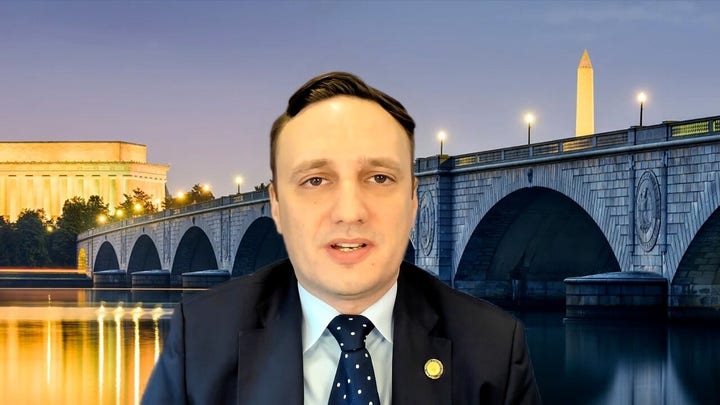 In March 2021, the FBI made 13 separate purchases of stolen account information from Dekhtyarchuk in Marketplace A via an online covert employee. The FBI totaled 131 stolen accounts in the purchases, with each purchase varying in the number of accounts it contained. These accounts were then transferred via a link or Telegram messenger to complete the purchase.

"This case exemplifies the need for all of us, right now, to take steps to protect our online identity, our personal data, and our monetary accounts," U.S. Attorney Brit Featherston said in the DOJ press release.  "Cyber-criminals are lurking behind the glow of computer screens and are harming Americans."

The indictment comes after President Biden's warning Monday of potential Russian cyberattacks on the US. In a statement, Biden said it is "a critical moment to accelerate our work to improve domestic cybersecurity and bolster our national resilience."

Dekhtyarchuk is being investigated by the Federal Bureau of Investigation Houston Cyber Task Force and faces up to 20 years in federal prison if convicted. He has been placed on the FBI's Cyber Most Wanted List.