As the war in Ukraine continues, cybersecurity professionals have warned about the possibility of Russian cyber capabilities being used on the U.S. Russia already has a proven ability to infiltrate U.S. systems, according to Tom Kelly, CEO of cyber breach response company IDX.

"They've demonstrated that they've been able to go into our core infrastructure, be it SolarWinds in technology, be it Colonial Pipeline in energy, across the board we have evidence of their capability," the executive told Fox News. 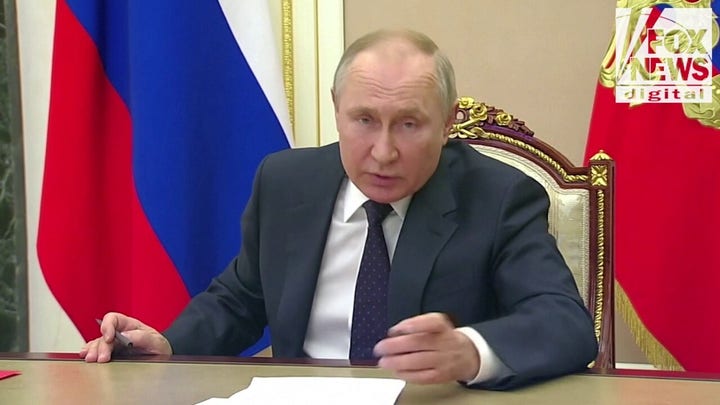 "As we see this condition deteriorate [in Ukraine], I think the risk of greater cyberattacks rises," Kelly warned.

A damaged building is seen amid Russia's invasion of Ukraine, in Kharkiv, Ukraine, March 14, 2022. (REUTERS/Oleksandr Lapshyn)

"It's advanced, it's capable and they've demonstrated for us their ability to do it," he continued.

Cyberattacks, a part of modern warfare, can be used against critical infrastructure to turn off utilities, hamper communication and snarl supply lines, according to Kelly.

"There are cyberattacks that would be hard to distinguish between a physical attack and therein lies great dangers for the escalation of conflict," said Kelly.

WITH A HISTORY OF CYBERATTACKS, WILL RUSSIA SHIFT ITS VENGEANCE TO THE UNITED STATES?

"It's hard to imagine a piece of infrastructure that is either not a target or connected to a target," the executive said.

Infrastructure and information are both key targets of Russian cyber operations, according to Kelly.

"SolarWinds was an intelligence-gathering effort that we know that was in fact executed by Russia," he said. "They targeted data and information."

Kelly added: "As we saw the Colonial Pipeline, forget about the price, you can't get [gas]."

The Colonial Pipeline hack that occurred last year caused gas shortages across the East Coast. The FBI linked the attack to a ransomware cybercriminal group called "DarkSide," thought to be operating out of Russia.

A man fills up a gas container after filling up his vehicle at an Exxon gas station on Wednesday, May 12, 2021, in Springfield, Virginia. (Matt McClain/The Washington Post via Getty Images)

The initial shutdown came after widespread outages across a pipeline system that carries gasoline from Texas to the Northeast.

"Most every pump we have out there is electronically connected to something that can be disrupted," Kelly said.

Last year cybercriminals also shut down a U.S.-based meat plant operated by Brazil-based JBS. The White House said the criminal group was likely based in Russia.

"We are not without our capability," Kelly said of U.S. cybersecurity ability.

"In Colonial Pipeline, as you found out later, some of our capabilities were also improving because we were able to track down and get back some of that cryptocurrency."

The Department of Justice announced it seized 63.7 bitcoins in ransom payments to "DarkSide," then valued at $2.3 million.