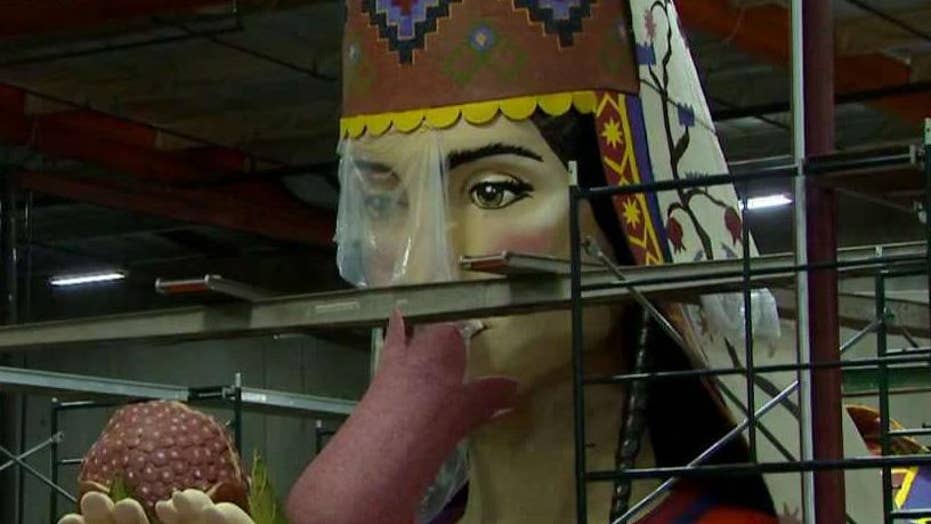 Final preparations are under way for the Rose Parade

Authorities are ramping up security and keeping a close eye on all the festivities.

No major problems were reported after security and other safety measures were beefed up for the 128th annual parade as a response to several terror attacks in Europe in the past year.

There were no known threats toward Pasadena, officials said, but in addition to uniformed and plainclothes officers, additional security measures were taken. Sturdy barricades were erected at more than 50 intersections to prevent a terrorist attack like ones that happened in Berlin and Nice, France, last year when trucks barreled into crowds of people.

A large law enforcement presence was also seen at the nearby Rose Bowl, where the University of Southern California was to play Penn State.

Highlights included a Hawaii-themed float with a volcano and several waterfalls, another with surfing dogs and one honoring the 49 people killed in the Pulse nightclub in Orlando, Florida. The AIDS Healthcare Foundation sponsored the float titled "To Honor and Remember Orlando" that included three survivors of the attack.

Temperatures were cooler than normal, in the 50s during the parade. Spectators who arrived early and some at the end of the show experienced light rain.