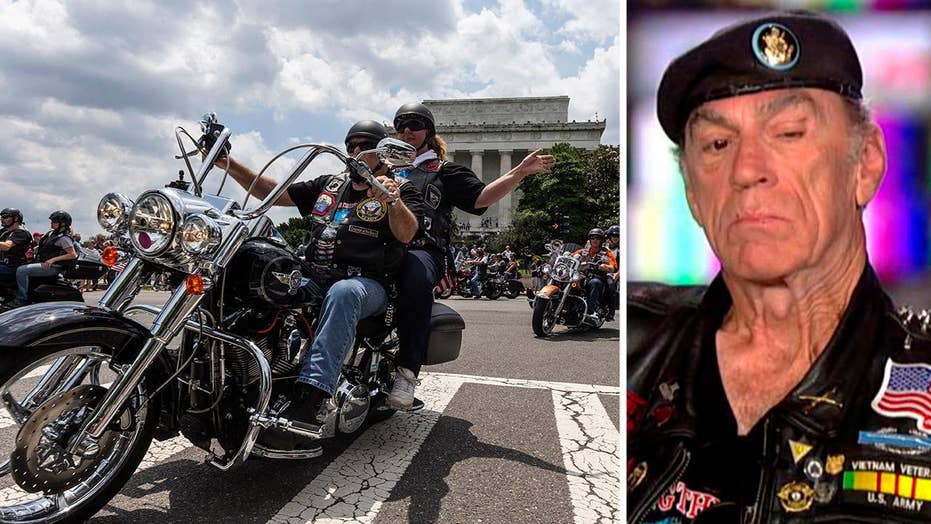 Will this year's Rolling Thunder ride be the organization's last?

The Rolling Thunder motorcycle ride may not be coming to an end after all, following a generous gift to the veterans advocacy organization and an emphatic support from President Trump.

The president, who is traveling in Japan, vowed Sunday that the 30-year tradition would continue in Washington, D.C., after the group said rising costs for permits would force them to move the motorcycle ride elsewhere next year.

"The Great Patriots of Rolling Thunder WILL be coming back to Washington, D.C. next year, & hopefully for many years to come. It is where they want to be, & where they should be. Have a wonderful time today. Thank you to our great men & women of the Pentagon for working it out!" Trump tweeted Sunday morning.

Trump vowed Saturday to help the organization obtain the necessary permits for the annual Memorial Day weekend event, which features tens of thousands of bikers riding from the Pentagon to the National Mall, paying tribute to fallen U.S. service members.

"Can’t believe that Rolling Thunder would be given a hard time with permits in Washington, D.C. They are great Patriots who I have gotten to know and see in action. They love our Country and love our Flag. If I can help, I will!" Trump wrote. 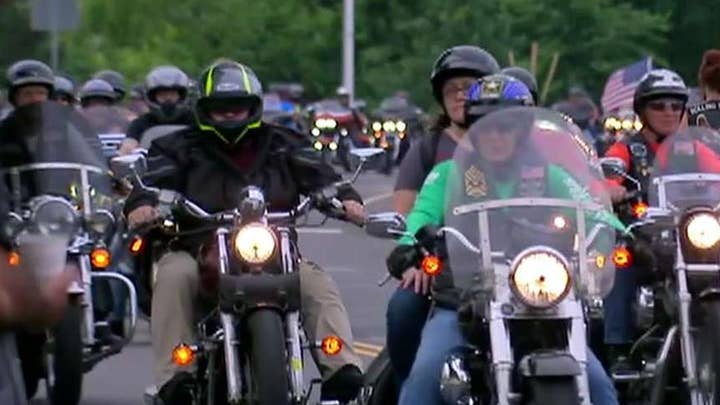 On "Fox & Friends" Monday, Vietnam veteran Artie Muller, who started the Rolling Thunder organization in 1987, said he looks forward to meeting with the president about continuing the ride.

But he also said the group is planning to take the event nationwide next year and hold rides throughout the country with its 90 chapters. Muller was joined by Karen Worcester, executive director of Wreaths Across America, who announced a donation of $200,000 to Rolling Thunder to help cover costs and keep the ride going.

"I just want you to know how much we appreciate your mission. Remembering is too important to forget," she said. 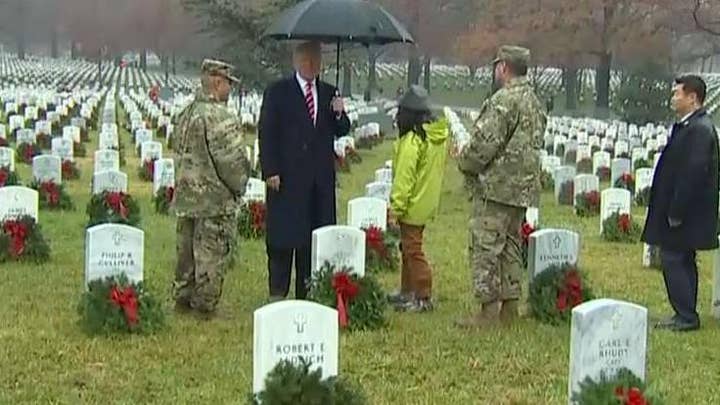 Muller expressed his gratitude for the monetary offer, saying Rolling Thunder has worked with Wreaths Across America for years to honor the fallen.

Wreaths Across America is a nonprofit organization that coordinates wreath-laying ceremonies at Arlington National Cemetery and hundreds of other U.S. locations during each Christmas season.