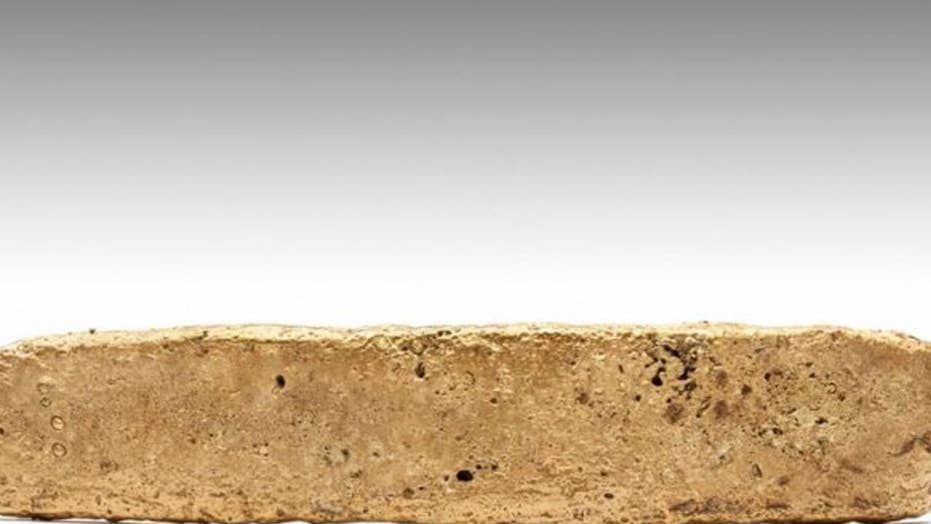 There wasn’t much known about a 4-pound gold bar discovered during construction work in Mexico City nearly 40 years ago, but now experts are calling the precious metal an Aztec relic. The gold bar has been identified as a long-lost Aztec treasure that was stolen by Spanish conquistadors nearly 500 years ago.

A New Mexico treasure hunter revealed that his chest of gold, jewels and other valuables worth over $1 million has been found.

Ten years ago, Forrest Fenn gained a cult following when he announced that he had hidden the chest somewhere in the Rocky Mountains. He inspired tens of thousands to set out in search of his treasure, but the prize eluded everyone -- until now.

Fenn revealed to the Santa Fe New Mexican on Sunday that a man, who wished to remain anonymous, had discovered the chest a few days ago. The unnamed hunter sent Fenn a photo of the chest to confirm his discovery.

Fenn originally designed the treasure hunt as a means of leaving behind a legacy: in 1989, he was diagnosed with a terminal form of cancer, but he managed to recover.  He claimed that he hoped to tempt people to venture into the wild and give them an old-fashioned adventure for riches.

He listed the contents on the website, claiming that the chest contained pre-Columbian animal figures, gold nuggets and coins, Chinese jade faces, emerald rings and other exotic items.

He hid the treasure in 2010 and shared clues to treasure’s whereabouts on his website and in a poem he published in his autobiography, “The Thrill of the Chase.” Fenn told the New Mexican that an estimated 350,000 people tried to find the treasure, some quitting their jobs outright to search for it – and a select few died in the search.

Now, the website has shown an orange banner reading, “Fenn’s Treasure was found in 2020 – the chase is over.”

“It was under a canopy of stars in the lush, forested vegetation of the Rocky Mountains and had not moved from the spot where I hid it more than 10 years ago,” Fenn, now 89, said in a statement on his website. “I do not know the person who found it, but the poem in my book led him to the precise spot.”

Fenn’s website suggested a number of possible next steps for the hunter who discovered the treasure, including how to sell the treasure or even suggesting to re-hide the treasure.

His only request: “Whatever you choose - keep the thrill of the chase alive and continue the legend.”