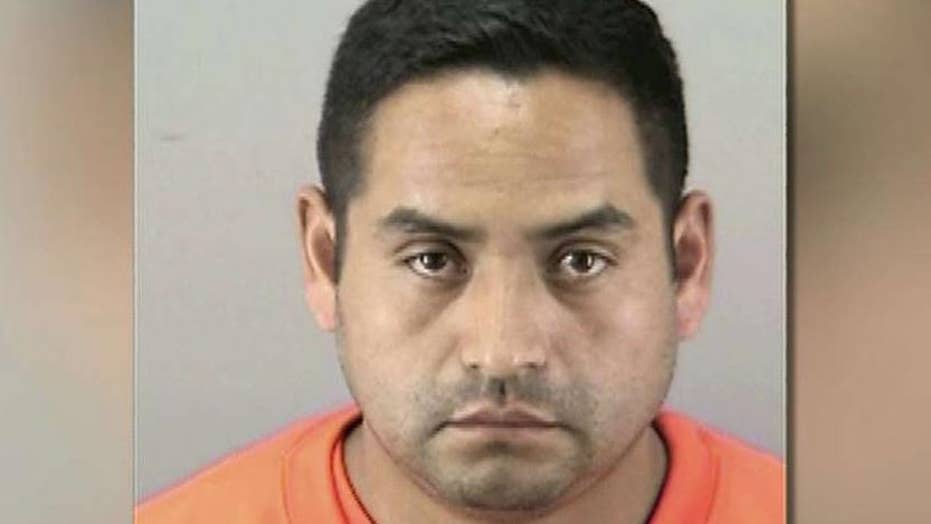 City not required to report illegal immigrant to ICE if released from jail.

An illegal immigrant accused of committing rapes in San Francisco was denied bail on Tuesday amid investigations into how he passed a background check while living in the U.S.

Orlando Vilchez Lazo, a 36-year-old citizen of Peru, was charged with rape by force or violence and other charges, The San Francisco Chronicle reported.

Vilchez Lazo has been dubbed the “ride-share rapist,” because he would allegedly drive his car around clubs in the city and pose as a driver. The New York Times, citing authorities, reported that he even had a sticker on his car to indicate he was working for a ride-share company.

He allegedly committed at least four rapes-- one in 2013 and three this year-- with the most recent attack in June. Investigators said they used DNA to link Vilchez Lazo to the four rape cases.

Police told The Chronicle they don’t believe he was using the ride-share service when he allegedly committed the four rapes. Authorities said he may have committed more crimes.

Vilchez Lazo appeared to have "fraudulently represented himself" in his application to drive for the company, a Lyft spokeswoman said. Lyft officials "have no reason to believe these incidents occurred" while the suspect was on duty, she said.

The U.S. Immigration and Customs Enforcement agency used the case to blast San Francisco over its sanctuary policy that “shields criminal aliens who prey on the community,” The Chronicle reported.

ICE officials reportedly “lodged a detainer” for Vilchez Lazo but noted in a statement that the city’s jail “does not honor” these detainers or “notify ICE about the impending release of aliens in custody” because the city’s sanctuary policy bars local authorities from cooperating with most deportation efforts.

He would only be released if all the charges he faces were dropped.

Vilchez Lazo pleaded not guilty, and could face multiple life sentences if convicted. His arraignment was scheduled for Thursday.

Fox News’ Edmund DeMarche and the Associated Press contributed to this report.