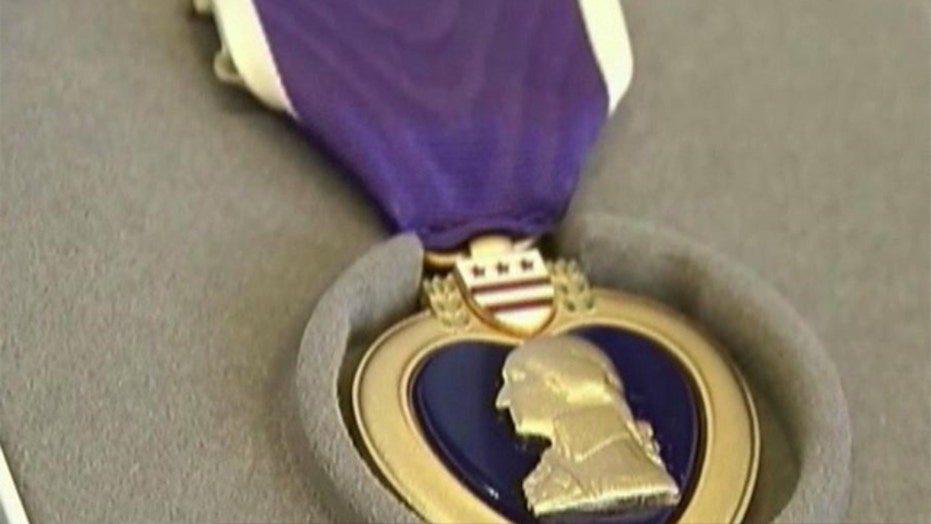 An 89-year-old World War II veteran who turned down a Purple Heart medal in 1944 was decorated with the honor on Saturday.

Richard Faulkner was the lone survivor of a mid-air collision over occupied France, when the B-17 bomber in which he was flying collided with an allied aircraft, slicing his plane in two, Reuters reported. All aboard the B-17 were killed except for the then-19-year-old Faulkner, who parachuted to safety out of the plane’s gun turret.

Wounded, the airman was hidden in a hayloft by a farmer, and eventually connected with French resistance fighters. He was being transported back to Allied lines on a British torpedo bomber when it came under attack by German aircraft, so Faulkner took up gunner duties to replace a man who had been killed by enemy fire.

After he made it Britain in April 1944, after a month behind enemy lines, Faulkner was offered the Purple Heart, but declined the honor. He found it difficult to accept the tragedy, he said.

“It’s just unbelievable that they all died and I didn’t,” Faulker told Reuters before the awards ceremony at his retirement community in western New York.

But about a year ago, Faulkner began to regret his decision, as he wanted something that would allow his grandchildren to remember his military service, his daughter-in-law, Mary Ellen Faulkner, told Reuters.

So she contacted Faulkner’s congressman, Dan Maffei, D-N.Y., whose office determined that the veteran was still eligible for the medal. The award was presented to Faulkner before nearly 100 people, including family and friends.

“To me, meeting Mr. Faulkner is like meeting a hero from history … but live in the flesh,” Maffei said.

Faulkner declined to speak after receiving the award, and simply told Maffei, “Thanks.”

The Purple Heart is the oldest military award still given to U.S. service members. It was originally established as the Badge of Military Merit by George Washington in 1782.