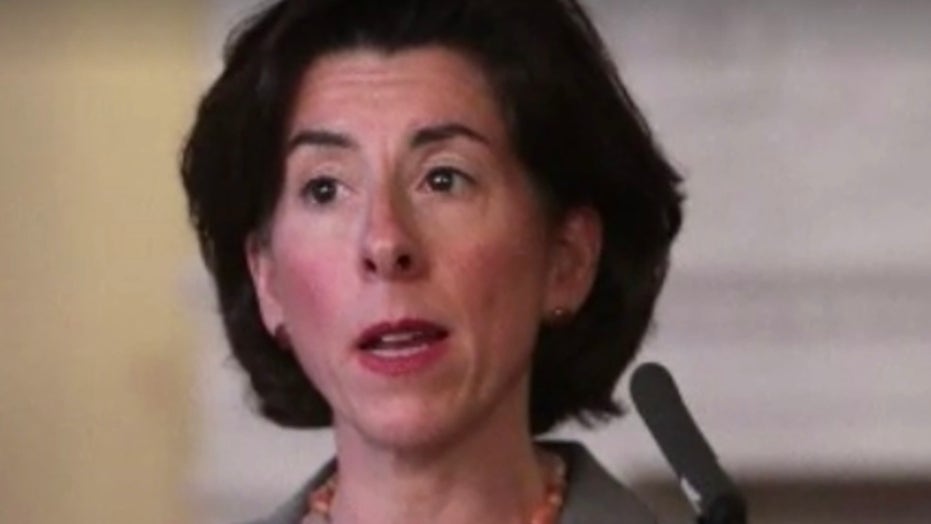 What’s in a name? For the state of Rhode Island, years of acrimony over an official designation with connotations of slavery.

But change is brewing in the union’s smallest state, as Rhode Island Gov. Gina Raimondo signed an executive order on Monday taking the "first steps" to change the state’s full name: "The State of Rhode Island and Providence Plantations."

The "plantations" part of the name has come under increased scrutiny following widespread protests after the killings of George Floyd and Breonna Taylor.

Protesters attend a rally outside the statehouse in Providence, R.I., on June 5, 2020. The smallest U.S. state has the longest name, and it's not sitting well for some in the George Floyd era. Officially, Rhode Island was incorporated as "The State of Rhode Island and Providence Plantations" when it declared statehood in 1790. (AP Photo/Matt O'Brien, File)

The order, Executive Order 20-48, will change the name to just ‘Rhode Island’ in official communications from the governor’s office – including future executive orders, citations and stationery letterheads. It also calls on all state executive agencies to remove the "plantations"  reference from their websites.

The order does not change the state’s official name permanently — that will require voters to amend the Rhode Island Constitution, the order states.

The state Legislature has indicated it will move forward with the referendum after the Rhode Island Senate passed a measure last week calling for a statewide vote on the name change.

“Whatever the meaning of the term ‘plantations’ in the context of Rhode Island’s history, it carries a horrific connotation when considering the tragic and racist history of our nation,” Metts said in a statement to the Providence Journal.

Previous attempts to change the state’s name have failed after the issue was put on the ballot. In 2010, almost 78 percent of voters opposed a constitutional amendment removing ‘Providence Plantations’ from the state’s name.

The recent push for a name change may have started when an online petition began circulating following Floyd’s death.

“Some Rhode Islanders pride themselves on living in the ‘smallest state with the longest name.’ But, the history of how we got this name is often forgotten,” the petition reads. It currently has almost 7,500 signatures.