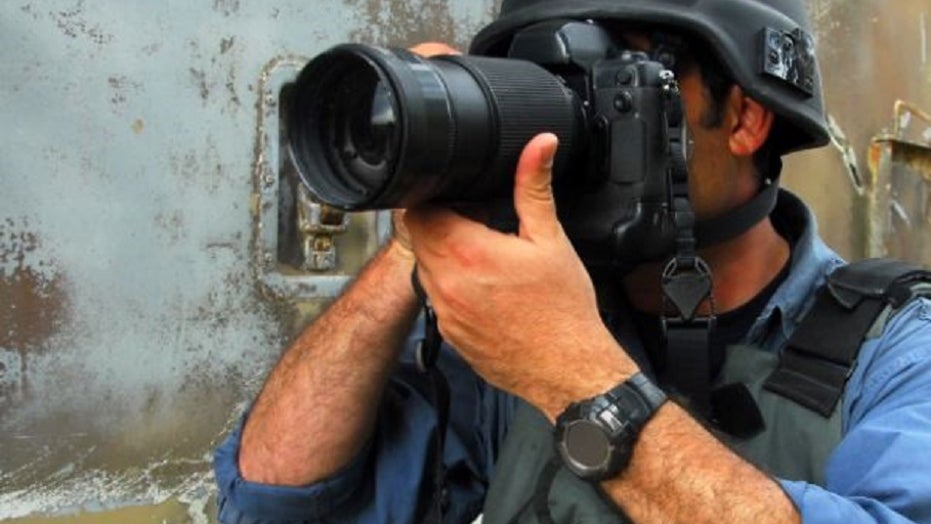 Reporters for Reuters covering the elections in the U.S. will have protective gear in anticipation of protests after several incidents in which journalists were targeted during summer demonstrations.

Stephen Adler, the editor-in-chief of the global news service that employs 2,500 journalists, told the Press Gazette that his reporters were supplied with flak vests, helmets and gas masks, as well as COVID-19 personal protective equipment including N95 masks, the newspaper reported.

“Our concern about the safety of journalists in the U.S. is unprecedentedly high,” Adler said. "My own observation, both here and around the world, is that wearing that big ‘PRESS’ on your chest is no longer as much of a protection as it might once have been.

"Sometimes the press are targets, or sometimes just the fact that they're press is simply ignored," he added.

Dozens of journalists were injured amid summer protests in the U.S. that turned violent. The paper cited two Reuters TV crew members who were injured in Minneapolis days after George Floyd's May 25 death while in police custody.

A cameraman was filming a police officer when he was struck with rubber bullets minutes later.

Other reporters have been targeted with pepper spray and physical force. In Los Angeles, a radio reporter was arrested while covering the ambush shooting of two Los Angeles County Sheriff's deputies in September.

The Committee to Protect Journalists said in July it was investigating nearly 500 incidents since May 26 in which reporters were attacked and threatened with weapons.

"A vast majority of the attacks involve alleged police abuse," the group said. "With First Amendment protections and robust media, the U.S. has long been a beacon of press freedom, but journalists in this country today face severe threats."