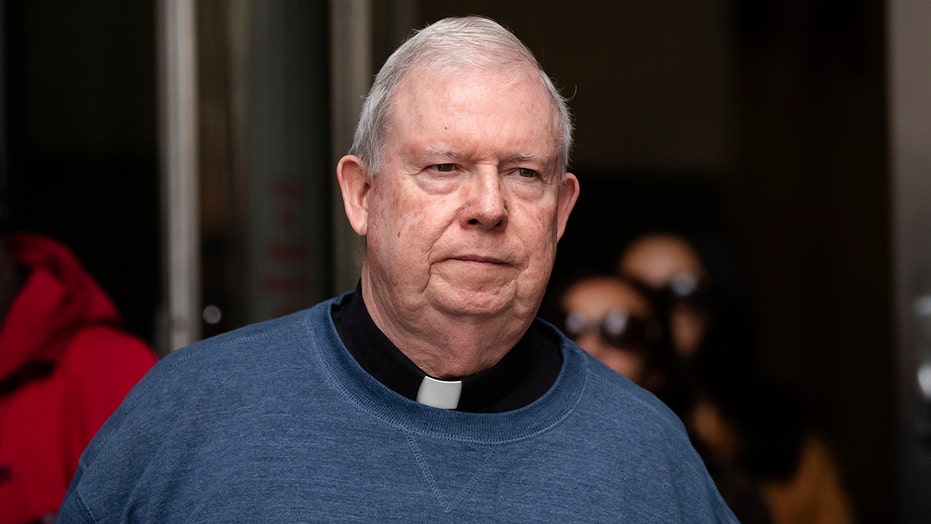 PHILADELPHIA – The retrial of the only church official who has ever gone to prison in the Roman Catholic Church sex abuse scandal was delayed Monday because of the coronavirus outbreak.

The retrial of Monsignor William Lynn, the longtime secretary for clergy in the Philadelphia archdiocese, had been slated to start Monday in Philadelphia Common Pleas Court but was put on hold until January amid court shutdowns meant to slow the spread of the pandemic.

After an appeals court found his sweeping 2012 conspiracy trial flawed and his conviction was twice overturned, Lynn, 69, now faces only a single child endangerment count. Prosecutors contend he endangered children by transferring a known predator priest to their parish without warning in 1993.

In this March 11, 2020 photo, Monsignor William Lynn leaves the center for criminal justice in Philadelphia after a pretrial hearing. (AP Photo/Matt Rourke)

The landmark case now looks nothing like the gut-wrenching, four-month trial that unearthed the church’s “secret archives,” drew more than 20 haunted victims to the witness stand and led the judge to conclude that Lynn allowed “monsters in clerical garb … to destroy the souls of children.”

Next time, a new judge plans to steer clear of the broader priest-abuse crisis that has cost the church an estimated $3 billion or more, and plunged dioceses around the world into bankruptcy and scandal.

“We’re not bringing in the so-called or alleged ‘sins of the Catholic Church,’” Judge Gwendolyn Bright said at a pretrial hearing Wednesday.

EX-CHURCH OFFICIAL DUE IN COURT AS LAWYERS PLAN FOR RETRIAL

It’s not even clear the jury will hear from a single victim when the case resumes. That’s because the only accuser whose allegation falls within the statute of limitations — a policeman’s son dubbed “Billy Doe” in court files — is an uncertain witness at best, whose credibility has long been challenged. Prosecutors do not plan to call him, although Bright said she may force their hand.

“I suspect they’re not calling him because they don’t believe he has any credibility,” Lynn’s lawyer, Thomas Bergstrom, argued last week, saying the case should be thrown out.

Lynn served 33 months in state prison of an initial three- to six-year sentence. Neither of the Philadelphia cardinals he served — including the powerful Cardinal Anthony Bevilacqua, who aggressively fought two grand jury investigations and died just before Lynn’s first trial — were charged.

“Doe,” who now lives in Florida, received a civil settlement from the Philadelphia archdiocese. Spokesman Ken Gavin said the archdiocese “looks forward to a final resolution” of the case.