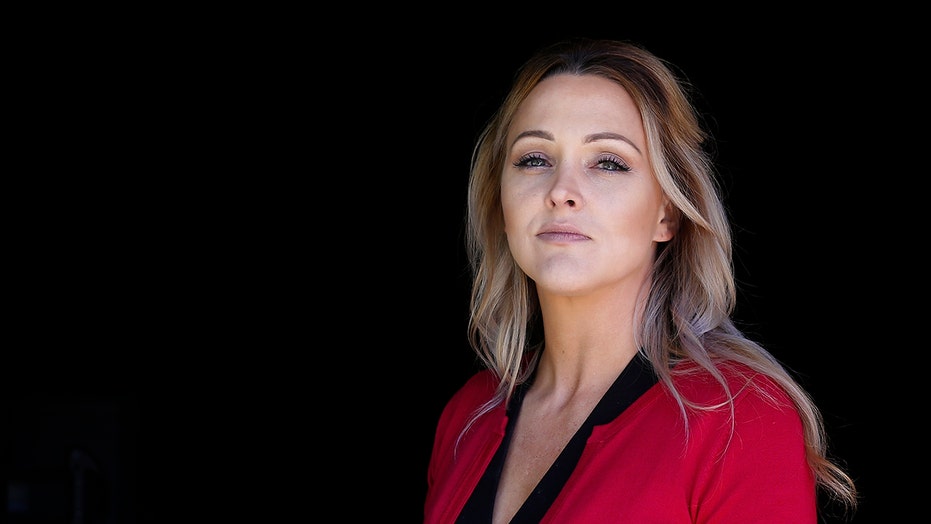 Researcher Rebekah Heath attends a press conference held to release the identities of the murder victims found in Allenstown, NH, on June 6, 2019.&nbsp;

A research librarian who conducted some detective work outside of her day job has helped to uncover the identities of three missing persons killed in New Hampshire during the notorious "Bear Brook murders."

Rebekah Heath made the discovery last October after being transfixed on the murders committed by Terrance "Terry" Rasmussen, who killed three children and one mother and placed them in barrels between 1985 and 2000 at Bear Brook State Park.

The real life Nancy Drew helped authorities determine the identities of the three victims as 24-year-old Marlyse Elizabeth Honeychurch, AKA Marlyse McWaters, as well as her daughters 6-year-old Marie Elizabeth Vaughn and 1-year-old Sarah Lynn McWaters, according to 9news.

"I still can't believe it," Heath said about the case on Friday.

Detectives say the breakthrough was a result of DNA testing, genealogy research, information from relatives and the research from Heath.

The cold case hadn't broke any new ground since Rasmussen died of natural causes in 2010.

To solve the case, Heath first started searching message boards for keywords like "California" and "missing sister" where she started making a list of possible victims.

"I would just go through that list and then I would start searching to see if they had public records, if the person was alive, see if I could find any record for their existence," Heath said. "If not, then I would pursue it a little further and reach out to the person who had originally posted looking for the loved ones."

After conducting more research, she noticed a relative looking for Sarah McWaters and her mother Marylse McWaters; the latter, she discovered, was the mother of the third victim, Marie Vaughn.

She followed up on leads regarding the trio, but dropped her search when she didn't get much of a response in the Bear Brook murders Facebook group.

That changed a year later, when she was reminded about the relative looking for Sarah McWaters after listening to a New Hampshire Public Radio podcast about the murders.

"At that point I was like, I need to reach out to this woman," Heath said.

She eventually found the woman, who said that Marylse McWaters had married a man with the last name Rasmussen.

"Right there, my stomach jumped," Heath said. "It just rocked. I knew right away. There's no way that a woman goes missing with those children with a guy with that last name, Rasmussen. It's just way too coincidental."

She didn't mention anything to the relative, but within hours she contacted police in San Bernardino, Calif., who were already looking through DNA material from the family of Marie Vaughn.

From that information and the help of a genetic genealogist, Barbara Rae-Venter, detectives were able to confirm the identities of the victims, said Attorney General Jeffrey Strelzin.

"Her work and our work converged, and it turns out that she was correct," Strelzin told CNN. "She did some great work on the case and some great sleuthing."