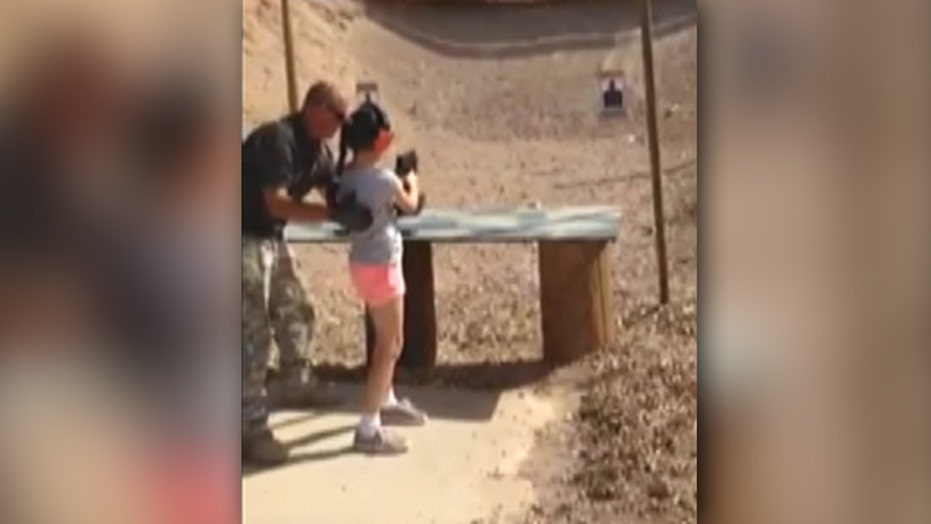 Raw video: Video of 9-year-old at gun range show moments prior to deadly accident in Arizona

NEW YORK – The ex-wife of an Arizona shooting range instructor accidentally killed by a 9-year-old girl learning to use an Uzi said Friday that her family plans to write the child a letter to comfort her.

Instructor Charles Vacca was standing next to the girl on Monday at the Last Stop range in White Hills, Arizona, about 60 miles south of Las Vegas, when she squeezed the trigger. The recoil wrenched the Uzi upward, and the 39-year-old Vacca was fatally shot once in the head.

Vacca's ex-wife, Anamarie, told The Associated Press by phone that her family has not spoken to the girl or her parents but they are motivated to write the letter, "knowing their family has to grieve through the same process."

"I know we're going to let her know to not revolve her life around it," Anamarie Vacca said of what she would write to the girl about the tragic accident.

Anamarie Vacca said she and her children do not feel any anger or pin blame on the child, adding that they feel sorry for her.

"That's truly how we feel," she said.

The family first talked about their feelings toward the girl on NBC's "Today" show.

Vacca's daughter, 19-year-old Ashley, told NBC that the family knows it was a tragic accident and something the girl will have to live with.

Prosecutors say they will not file charges. The identities of the girl and her family have not been released.