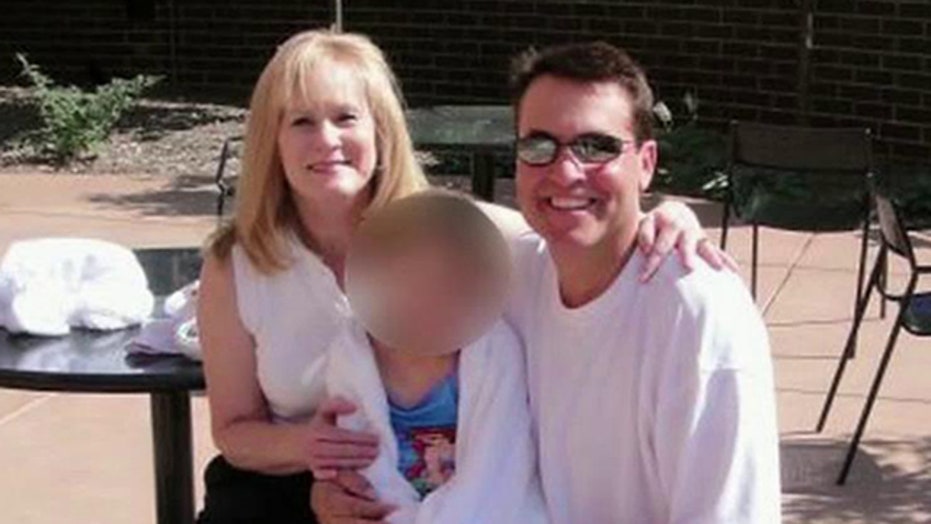 Bombshell in trial of man accused of pushing wife off cliff

DENVER – A man charged with pushing his wife to her death off a cliff as they hiked in Colorado's Rocky Mountain National Park struggled to explain to investigators why he had a park map with an "X'' drawn at the spot where she fell.

Harold Henthorn, 59, had been mostly calm in describing the deadly Sept. 29, 2012, hike until he was asked about the map, park Ranger Mark Faherty testified as Henthorn's federal trial opened Tuesday. A grand jury indicted Henthorn on a first-degree murder charge in the death of his second wife, Toni Henthorn, 50, who plummeted about 130 feet off a cliff in a remote, rocky area. Investigators later found the map in his Jeep Grand Cherokee.

"He seemed at a loss for words," Faherty said. "He hemmed and hawed before he finally gave me an explanation."

He denied using the map during the deadly hike and said he was not sure why it was marked with an "X," Faherty said.

Prosecutors say Henthorn carefully planned the killing, scouting the trail nine times before taking his wife with him as a surprise for their 12th wedding anniversary. As they wandered off the trail to capture the view of autumn colors and snowy peaks, Toni paused to take a photo, Henthorn told investigators. She tumbled face-first over the ledge, suffering massive head wounds, Assistant U.S. Attorney Suneeta Hazra said.

But a dispatcher who spoke with Henthorn, Julie Sullivan, testified that she didn't believe he was actually performing CPR, because he did not sound out of breath.

Prosecutors said her fatal fall was reminiscent of the death of Henthorn's first wife, Sandra Lynn Henthorn, who was crushed when a car slipped off a jack while they changed a flat tire in 1995 — several months after their 12th wedding anniversary. Henthorn has not been charged in that case, but police reopened the investigation after Toni Henthorn's fatal fall.

"These deaths were not accidents," Hazra said, arguing Henthorn staged both to look like freak accidents, to which he was the only witness. In each case, Hazra said, Henthorn stood to benefit from his wife's life insurance policies. Toni Henthorn, a wealthy ophthalmologist from Mississippi, was covered by several policies totaling $4.7 million, which her relatives only learned of after she had died.

Henthorn purported to be a successful fundraiser, but prosecutors found no evidence he earned income.

On Tuesday, prosecution witnesses, including a park ranger and dispatchers, focused on Henthorn's shifting stories about what led up to the fall and his response. He said, for example, that he called 911 about 45 minutes after his wife fell, which he said happened as he was looking at a text message from their daughter's baby sitter. But the phone records don't add up, Hazra said.

Prosecutors also plan to discuss an earlier incident in which a 20-foot beam fell on Toni Henthorn while the couple was working at their mountain cabin in 2011. It hit her in the head and fractured her vertebra. She later told her mother that if she had not bent over, the beam would have killed her.

Truman said the deaths and the fall of the beam were unfortunate accidents.