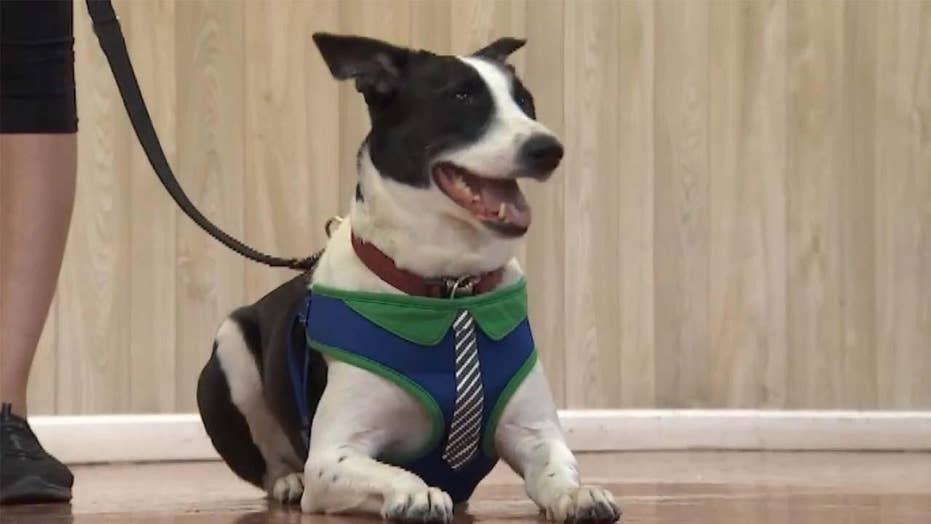 Two-year-old Newton was almost euthanized before being rescued. Will be trained as a service dog in his new home of Scottsdale, Arizona.

FOX 10 reported that Newton the dog will become a service dog in Arizona after traveling from Saudi Arabia, where he was almost euthanized.

"He was on the streets (in Saudi Arabia) and he was a homeless dog," Adama Pfaff, director of Desert Trails Shelter, told the news outlet.

The dog was rescued from being euthanized. Pfaff said: "And that's what they do with the animals there that aren't found by somebody that's willing to take that chance of them."

Newton flew from Saudi Arabia to San Francisco before taking a road trip with volunteers to San Diego and then down to Scottsdale.

Newton will be matched with a veteran in the coming months.

"He's been through a lot," Pfaff added. "But he definitely has a lot to give. He's a sweet guy and he's very loving. He likes to be close to you and close to people."