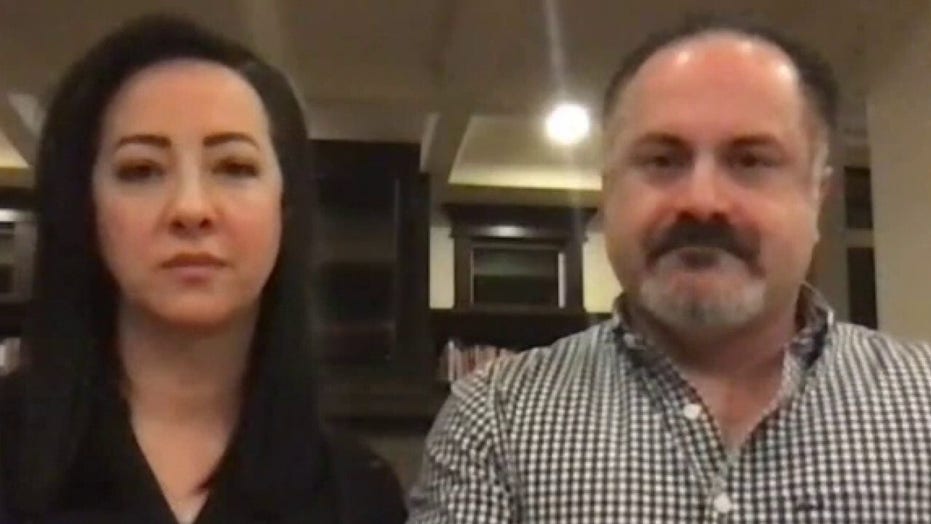 A member of the far-right group Proud Boys accused of an assault near what once was Seattle’s self-declared autonomous zone may be thrown in jail for one year after allegedly violating the terms of his probation agreement by crossing state lines to visit mass protests in Portland, according to reports.

Tusitala "Tiny" Toese, 24, of Vancouver, Wash., reportedly has a reputation for picking street fights with members of the far-left militant group Antifa. He was convicted on an assault charge after punching a man named Tim Ledwith in the face on a Northeast Portland sidewalk in June 2018.

He’s since been accused of violating the terms of his probation agreement multiple times over the past few months, including crossing state lines between Oregon and Washington during times of civil unrest and mass protests sparked by the May 25 death of George Floyd in police custody in Minneapolis.

On Tuesday, his probation officer asked an Oregon judge to sign a warrant for Toese's arrest, revoke his probation and sentence him to one year in jail, KOMO reported.

Toese was arrested in June for allegedly beating a man near the area Seattle protesters declared the Capitol Hill Autonomous Zone, or CHAZ. People occupied the six city blocks later renamed the Capitol Hill Organized Protest, or the CHOP, for weeks before unchecked crime and fatal shootings forced police to reclaim an abandoned police precinct, dismantle barriers and make dozens of arrests.

A probation officer for Tusitala "Tiny" Toese, 24, of Vancouver, Wash., asked an Oregon judge to sign a warrant for Toese's arrest, revoke his probation and sentence him to one year in jail. (Multnomah County Sheriff's Office)

His probation officer, Heather Fowler, said she was made aware of the alleged assault when she began receiving several emails that “included a link to a video, which shows Mr. Toese push another man while some of his associates punch the man and throw the man's cellphone to the ground, breaking it. Another video shows Mr. Toese and his group walking through the CHAZ area."

Toese, who lives in southwest Washington, also traveled to Oregon without first seeking permission and visited Portland on June 4, Fowler said. He spent a night in the Multnomah County Jail on June 23 but was released the next day with an ankle monitor to track his GPS location, Willamette Week reported.

Despite being under house arrest, Toese’s GPS showed he traveled outside of Clark County, Wash. He also failed to charge his ankle monitor, missed a meeting with his probation officer and refused to provide her with information in regards to where he was staying.