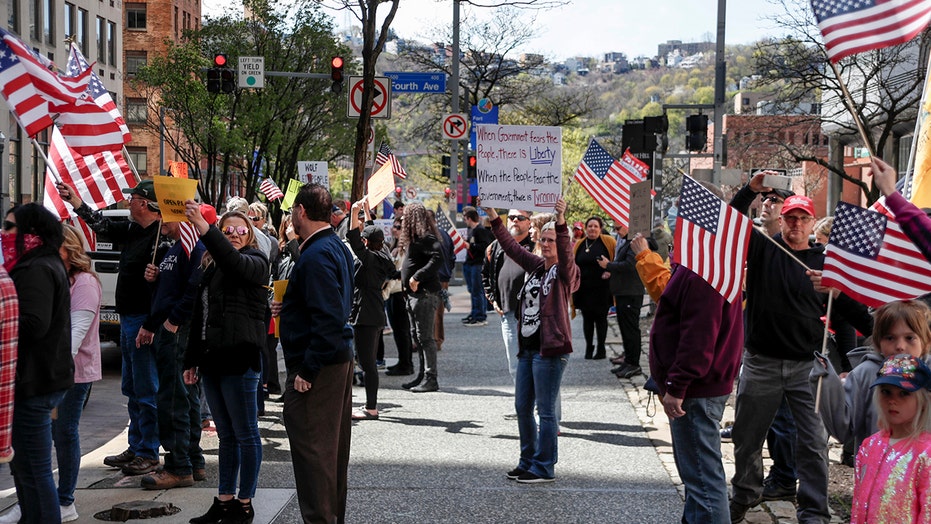 Governors in some states have begun to release guidelines on slowly reopening their states; Matt Finn reports.

A gun-rights group is organizing a demonstration around the Vermont State Capitol on Wednesday to protest the governor’s stay-out-home order amid the COVID-19 pandemic.

The page emphasizes that it will be a “peaceful rally” held in Montpelier at the Capitol.

“Join in this as other States are also doing the same at their Capitols protesting the abuse of our Gov given Liberties and to end this shut down,” reads the event’s description.

Another member urged attendees to remain in their cars, while asking those who choose to stand in front of the Capitol to abide by social distancing rules.

“There will most likely be media there and if we present as organized and respectful of each other it will greatly benefit our cause,” wrote Jim Sexton. “We aren’t antifa or any of the other cults that promote violence.”

The Montpelier City Police Department told WCAX is preparing for the planned protests which could affect traffic.

“The more Vermonters who take this seriously and stay home, the faster we can return to normal,” Scott said.

Fox News has reached out to Vermont Gun March and the Montpelier City Police Department for comment.

Wednesday’s planned protests come amid other demonstrations being across the U.S. in recent weeks as Americans have become frustrated with their state’s lockdown orders and with the economy in freefall.

Last week, hundreds of cars, trucks and SUVs descended on Michigan’s State Capital Wednesday afternoon as part of a noisy protest against Democratic Gov. Gretchen Whitmer’s social-distancing restrictions that critics say have gone too far. The same day, a number of people gathered outside the Kentucky Capitol building to protest Gov. Andy Beshear’s shutdown orders, while more gathered in Virginia to protest on Thursday.