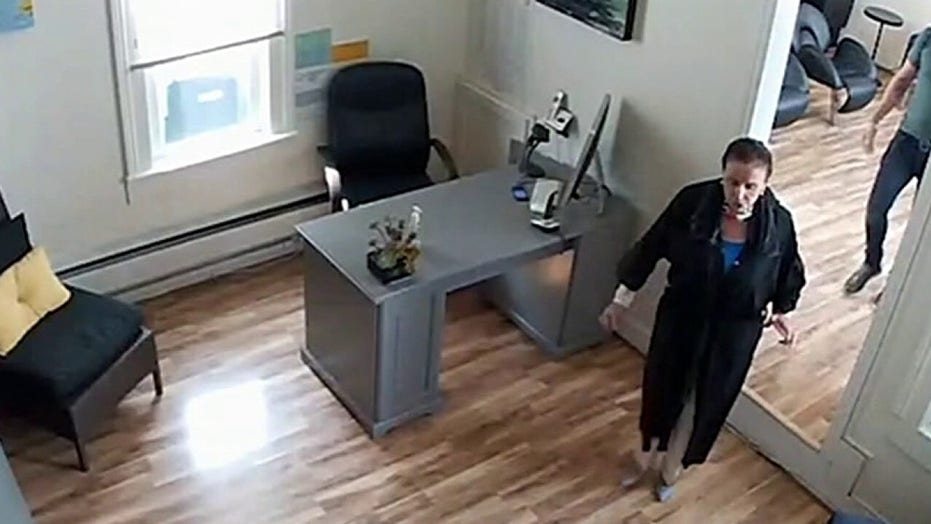 More than a dozen protesters gathered outside the San Francisco home of House Speaker Nancy Pelosi on Thursday following her controversial visit to a salon in the city, according to reports.

The rally occurred after Pelosi was captured on video getting her hair cut inside eSalonSF, even though it was closed due to coronavirus-related ordinances. Some of the protesters, described as "angry salon customers," wore curlers in their hair. Others hung blow dryers and hair curlers in a tree outside the residence to express their frustration.

“What she has done is slap the face of not just a salon owner but every woman every man every person who’s unemployed in the state of California who has lost their jobs and lost their livelihoods many of whom are my friends,” one protester said, San Francisco's KRON-TV reported.

BARRASSO ON MNUCHIN-PELOSI DEAL TO AVOID GOVERNMENT SHUTDOWN: 'I'LL BELIEVE IT WHEN I SEE IT'

Salons in San Francisco had been closed since March and were only notified that they could reopen on Sept. 1 for outdoor hairstyling services only.

According to a video posted by SF Chronicle reporter Jessica Christian, the group decorated a tree outside the home with an American flag, declaring it the "Freedom Tree."

The protesters would also gather in a circle outside the residence.

"[We] gather to make sure that everybody has an opportunity to earn a living and feed their families," one protester said before the group raised their hands in unison.

Mayor London Breed was asked on Friday about the protesters. She said it was time to “move on.”

"I get that they have these feelings, they are voicing their feelings, but we are doing the very best we can and I know that's not good enough for them, I understand," Breed told Los Angeles's KABC-TV. "I get it, but at the end of the day, it is really time for us to move on."

House Speaker Nancy Pelosi pulls back her hair while speaking about her visit to a hair salon during a news conference at the Mission Education Center Elementary School Wednesday, Sept. 2, 2020, in San Francisco. (AP Photo/Eric Risberg)

Security footage obtained by Fox News, and timestamped Monday at 3:08 p.m. PT showed Pelosi, D-Calif., walking through the salon with wet hair, and without a mask over her mouth or nose.

Pelosi would say that she was “set up” at the hair salon by the owner, Erica Kious, adding that she had been there “over the years many times.” The owner has denied those allegations. 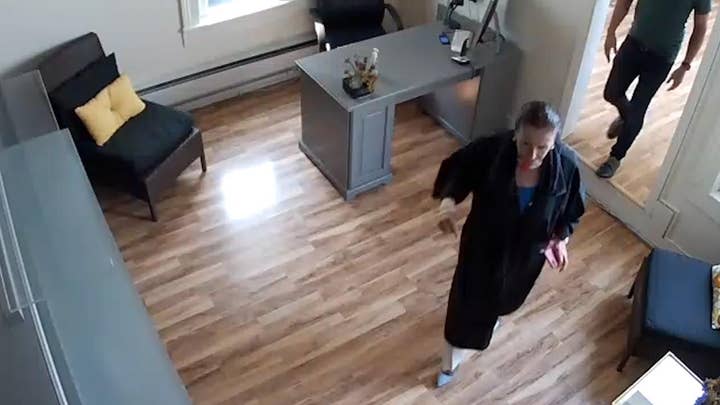 Kious had said she viewed Pelosi’s visit as a double standard.

“It was a slap in the face that she went in, you know, that she feels that she can just go and get her stuff done while no one else can go in, and I can’t work,” Kious told Fox News, adding that she “can’t believe” the speaker didn’t have a mask on. (From the footage, it appears Pelosi had some kind of covering around her neck.)

Meanwhile, the San Francisco cosmetologist who reportedly worked on Pelosi's hair during the visit this week attempted last Wednesday to distance himself from Kious. Through a statement issued by his lawyer, hair stylist Jonathan DeNardo said Kious appeared to be "furthering a setup of Speaker Pelosi for her own vain aspirations."