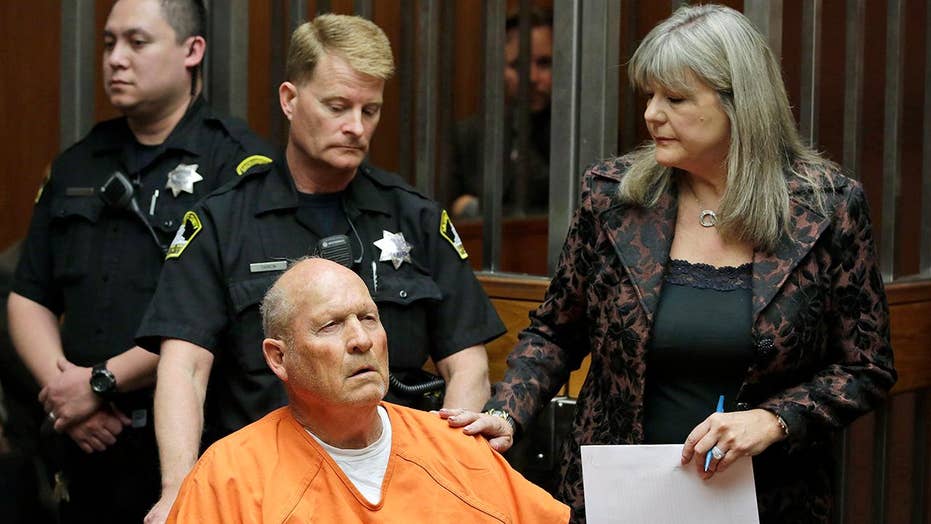 Prosecutors are expected to strike a plea deal this month in the notorious Golden State Killer rape and murder case to avoid a death penalty trial, according to reports.

DNA and genetic genealogy led to the 2018 arrest of ex-cop Joseph James DeAngelo Jr., 74, as the violent rapist and killer who terrorized dozens of women in northern California from 1975 to 1986. It was the first time the novel crime-fighting technique was used to solve a cold case.

DeAngelo is expected to cop to multiple charges, including rape and murder, on June 29 in exchange for a prison sentence of life without the possibility of parole.

The sentencing will take place in August after surviving victims and relatives of those killed confront him in court.

“Almost 40 years have passed and literally some of the victims have passed away. There are foundational issues from an evidentiary standpoint,” he explained. "You’ve got victims who have now passed away, how are they going to testify?”

A source told the station DeAngelo will “admit guilt” to 62 charges, including rapes that were past the statute of limitations.

Sacramento District Attorney Anne Marie Schubert said in a statement prosecutors assigned to the DeAngelo prosecution in six counties were “working closely with the victims in this case to ensure their statements are considered by the Court prior to sentencing,” according to Fox 40.

DNA from a Golden State Killer crime scene was uploaded to the public genealogy website GedMatch. That led genealogists to a relative of DeAngelo's who had submitted DNA to the website.