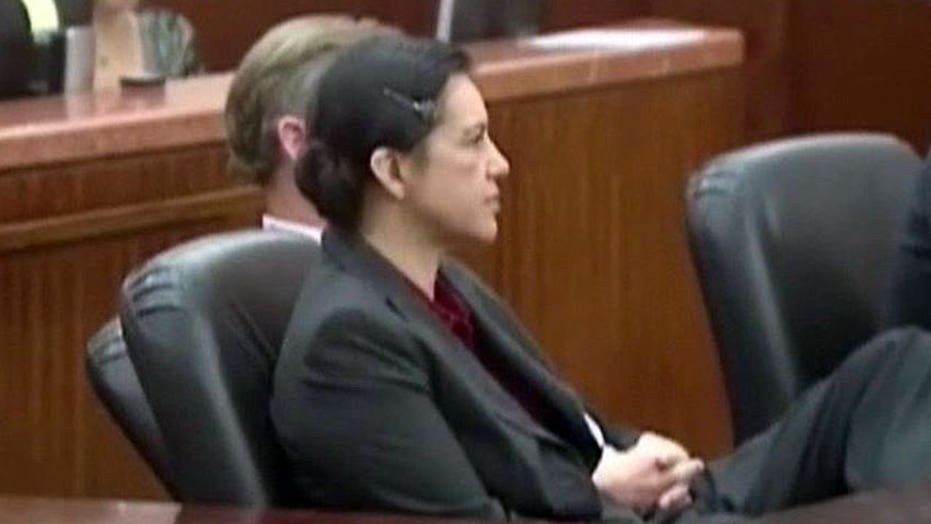 Texas woman on trial for murdering boyfriend with stiletto

Defense claims attack was self-defense, boyfriend had history of abuse

HOUSTON – A prosecutor has told jurors that a Houston woman stabbed her already injured boyfriend to death by sitting on him and striking him in the face at least 25 times with her stiletto heel.

Ana Trujillo (troo-HEE'-yoh) is charged with murder in the death of 59-year-old Alf Stefan Andersson as the two argued at his condominium last June.

During opening statements Monday at Trujillo's trial in Houston, prosecutor Sarah Mickelson said the two had a contentious relationship and that Trujillo had a history of being angry with Andersson.

Trujillo's attorney, John Carroll, told jurors that Andersson had repeatedly abused his client, and that on the night of the slaying she had used the shoe to defend herself from another of his attacks.