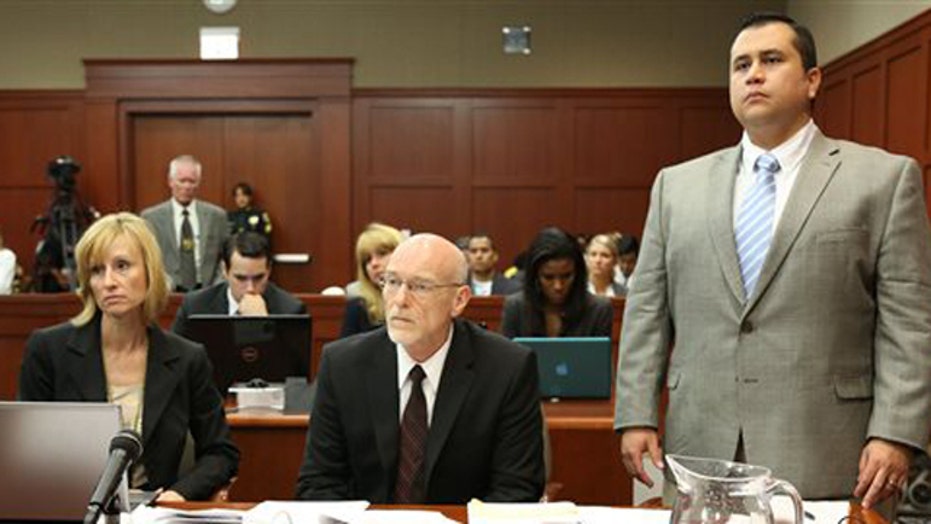 Did the prosecution make a strong case in its closing arguments? And did prosecutors increase their chances for a conviction by getting manslaughter included?

A Florida prosecutor painted George Zimmerman as an angry vigilante who "tracked" Trayvon Martin through a gated community and provoked the confrontation that claimed the teenager's life in a scorching summation Thursday.

"A teenager is dead," said prosecutor Bernie de la Rionda in his closing argument. "He’s dead not just because the man made those assumptions, but because he acted on those assumptions and unfortunately, because his assumptions were wrong, Trayvon Benjamin Martin no longer walks on this Earth."

The closing prosecution arguments brought the case one step closer to the jury. On Friday morning, defense lawyers were scheduled to present their closing arguments, followed by a prosecution rebuttal. Then the case will move to the all-female, six-member jury.

De la Rionda told the jury Thursday that Zimmerman wanted to be a police officer and that's why he followed Martin through his neighborhood even though the teen wasn't doing anything wrong.

"He assumed Trayvon Martin was a criminal. That is why we are here," de la Rionda said.

"The law doesn't allow people to take the law into their own hands," de la Rionda said.

"The truth does not lie," De la Rionda said.

The prosecutor's closing arguments came after Judge Debra Nelson ruled jurors can consider manslaughter in addition to the second-degree murder charge -- but stopped short at granting the prosecution's bid to include felony murder -- based on child abuse -- in the jury instructions.

Nelson ruled against the prosecution's request that jurors be able to consider a third-degree felony murder charge based on child abuse. Under felony murder statutes, a defendant can be charged with murder if he or she causes someone's death while committing a felony, in this case, according to the prosecution, child abuse. At 17, Trayvon Martin was a minor when he was killed.

"I just don’t think that the evidence supports that," Nelson said of the felony murder charge. "And if I’m not sure about that, I’m not going to charge the jury on that."

Earlier, defense attorney Don West bristled when the prosecution first proposed the third-degree felony murder charge, alleging it was a "trick" by the state.

"Just when I thought this case couldn't get any more bizarre, the state is seeking third degree murder charges based on child abuse?" he said after the prosecution's request. "It's outrageous that the state would seek to do this at this point."

Zimmerman has pleaded not guilty in the fatal shooting of the Florida teen, claiming he shot Martin in self-defense. The six-member all-female jury is expected to get the case as early as Friday.

Zimmerman could face up to life in prison if convicted of second degree murder using a firearm. A manslaughter conviction in the case could result in a maximum sentence of 30 years.

Zimmerman’s lead attorney, Mark O’Mara, told reporters Wednesday after resting his case that the jury’s only option should be the second-degree murder charge brought by prosecutors. If jurors are unable to convict Zimmerman of murder, then he should be acquitted, O’Mara said, because the shooting on Feb. 26, 2012 was intentional.

“What George did was an intentional act that he knew he was pulling the trigger, the reason why he did it was self-defense and that doesn’t suggest the manslaughter charge would be appropriate,” O’Mara said.

Zimmerman never testified. But jurors saw repeated video recordings of Zimmerman telling his side of the story to investigators. He claims that he shot Trayvon Martin, who was unarmed, in self-defense while the teen straddled and punched him.

Defense attorney Mark O'Mara told reporters that Zimmerman wanted to testify but his attorneys felt he had already told his version of events in multiple police interviews played for jurors.

"I think he really wanted to be able to interact with this jury and say to them `This is what I did and this is why I did it. And as importantly, this is what was happening to me at the time that I decided to do what I had to do,"' O'Mara said.  "So in that sense, yes, I think he wanted to tell his story."

Still, O'Mara said his client is "worried" because he faces up to a life sentence in prison if convicted for what O'Mara called a classic case of self-defense.

Asserting that Zimmerman "believed he did what he had to do to protect himself from great bodily injury that was already being visited on him," O'Mara added, "If we presented evidence that helped the jury understand that, then we've done our job."

O'Mara told CNN on Wednesday night that he believes there is "overwhelming evidence" that Zimmerman acted in self-defense, but that he has concerns about jurors returning "a compromise verdict." Some legal analysts have suggested that the jury could convict Zimmerman of a lesser offense of manslaughter.

"We don't want a compromise verdict, just like we don't want a jury pardon," O'Mara said. "We want a verdict based on the facts of the law and that's an acquittal."

Asked if the prosecution had proved second-degree murder, Martin family attorney Daryl Parks told CNN: "I think they either have it or they're very close, and I think that's why the law allows the lesser included offenses. At this point all we want is justice, and so we believe we're very close to getting that justice."

The defense started its case last Friday and presented half as many witnesses in half of the time that prosecutors did. Friends, parents and an uncle of the defendant testified that it was Zimmerman screaming for help on a 911 call that captured sounds of the fatal fight. Martin's mother and brother had testified for the prosecution that it was Martin yelling for help.