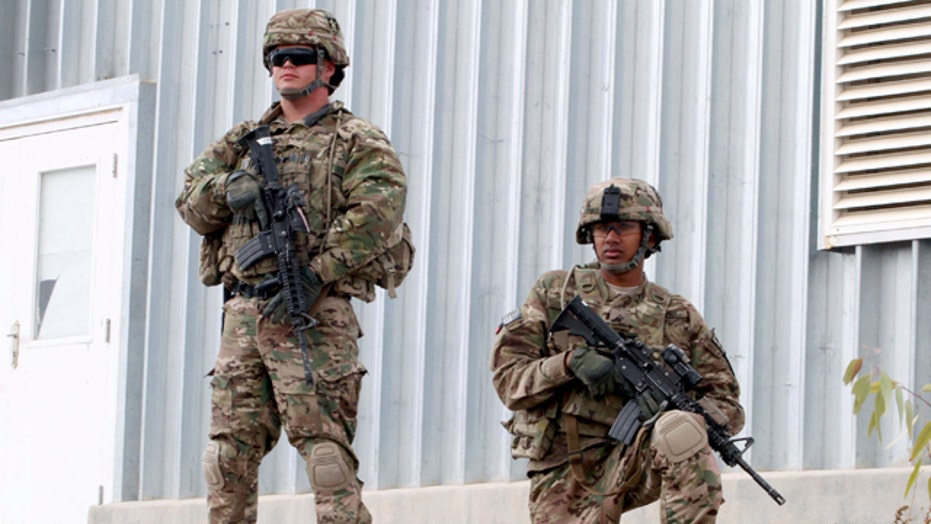 Proposed new handbook for Americans serving in Afghanistan warns them not to insult Taliban, advocate women's rights or criticize pedophilia

A proposed new handbook for Americans serving in Afghanistan warns them not to speak ill about the Taliban, advocate women’s rights or criticize pedophilia, and the general in charge is not happy with it.

The draft of the newest Army handbook seems to suggest that ignorance of Afghan culture is to blame for deadly attacks by Afghan soldiers against the coalition forces, according to The Wall Street Journal, which got a peek at the 75-page document. But its message of walking on eggshells around the locals is not going over well with U.S. Marine Gen. John Allen, the top military commander in Afghanistan.

"Gen. Allen did not author, nor does he intend to provide, a foreword," said Col. Tom Collins, a spokesman for the U.S.-led coalition in Afghanistan. "He does not approve of its contents."

More than three dozen attacks by Afghan soldiers have claimed the lives of some 63 members of the U.S.-led coalition this year. The insider attacks could jeopardize plans to transfer full security control to Afghan forces in 2014.

But a claim by their own government that they’re to blame is not likely to buoy the spirits of Americans risking their lives to serve.

"Many of the confrontations occur because of [coalition] ignorance of, or lack of empathy for, Muslim and/or Afghan cultural norms, resulting in a violent reaction from the [Afghan security force] member," the Journal quotes the draft handbook as saying.

The version reviewed by the Journal is still subject to revisions,  Lt. Gen. David Perkins, commander of the Army's Combined Arms Center at Fort Leavenworth, Kan., told the Journal.

The study, based on interviews with 600 members of the Afghan security forces and 200 American soldiers, painted a grim portrait of opposing cultures with simmering disdain for their counterparts.

The draft handbook includes a summary stating that some U.S. soldiers consider Afghan forces to be “basically stupid” thieves, "gutless in combat," "profoundly dishonest" and engaged in "treasonous collusion and alliances with enemy forces."

The draft handbook offers a list of "taboo conversation topics" that soldiers should avoid, including "making derogatory comments about the Taliban," "advocating women's rights," "any criticism of pedophilia," "directing any criticism toward Afghans," "mentioning homosexuality and homosexual conduct" or "anything related to Islam," according to the Journal.