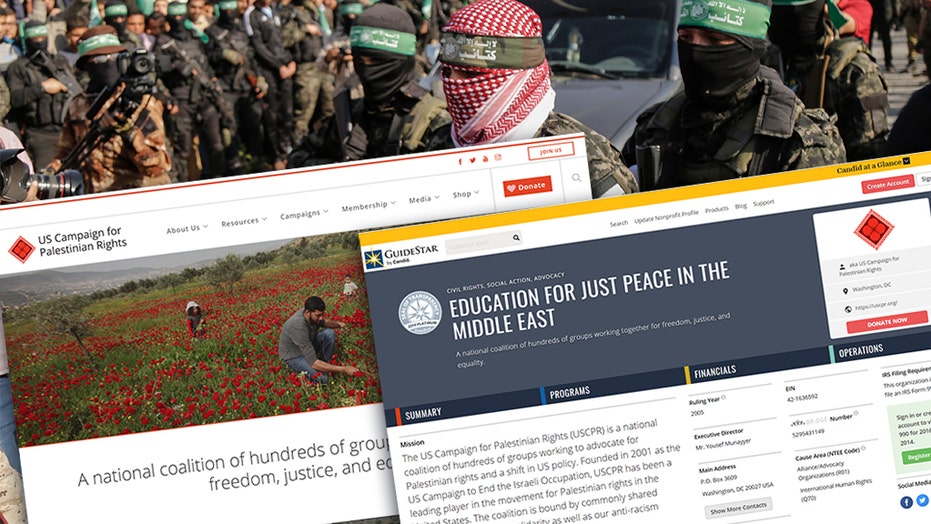 U.S. citizens living in Israel and an Israel-based public benefit company, Keren Kayemeth LeIsrael-Jewish National Fund (KKL-JNF), asserted that their lawsuit “exposes a conspiracy and nexus between Education for a Just Peace in the Middle East d/b/a the U.S. Campaign for Palestinian Rights, a U.S. based nonprofit (USCPR), HAMAS and other designated Foreign Terror Organizations (FTO’s) for the ongoing terror emanating from Gaza,” a news release said.

KKL-JNF has been developing the land of Israel and supports Zionist and environmental education, and works to preserve Israel’s natural resources.

“With this lawsuit, we’re exposing the link between organizations masquerading as human rights organizations, but who use donations to advance the campaign of terror against Israel including through BDS [The Boycott, Divestment, Sanctions movement], perpetrated by terror organizations like HAMAS and supported by U.S. charities,” KKL-JNF world Chairman Daniel Atar said.

The plaintiffs said the lawsuit, filed Wednesday, aims to hold USCPR responsible for conspiring to provide financial aid and other assistance to Hamas and other FTOs that allegedly make up the Boycott National Committee (BNC), which allegedly leads the Boycott Divestment and Sanctions (BDS) movement. Plaintiffs said the BDS movement is really “a campaign of terror against Israel.”

The lawsuit claims the U.S. Campaign for Palestinian Rights has funneled online donations to the BNC, “the umbrella organization that steers and coordinates the global activities of the BDS movement, knowing that in doing so they are supporting and sponsoring known FTOs,” according to the plaintiffs.

The lawsuit also alleges that the nonprofit has significantly supported the FTOs responsible for the so-called “balloon-bombs” and kites launched from Gaza into Israel, as well as promotes and sponsors the worldwide “Stop the JNF Campaign,” which the lawsuit alleges is specifically designed to harm KKL-JNF.

The lawsuit also aims to bring justice to three American families that have allegedly suffered from exposure to attacks from Gaza.

The lawsuit, titled Keren Kayemeth LeIsrael-Jewish National Fund, et al vs. Education for Just Peace in the Middle East dba US Campaign for Palestinian Rights, is reportedly the first litigation filed related to the launching of “balloon bombs” and kites from Gaza.

Terrorist organizations have reportedly started to use incendiary devices such as “balloon bombs” recently, which the complainants said “wreak havoc on the communities in the Gaza Envelope as well as the environment and ecological infrastructure of KKL-JNF.”

The incendiary devices are responsible for igniting more than 2,155 fires between March 2018 and August 2019, the plaintiffs said, citing research by the Israeli Ministry of Foreign Affairs.

More than 8,747 acres of land, including farmland, forests and nature reserves, have reportedly burned, they noted, adding that the Israeli Ministry of Foreign Affairs estimates the damage done by these attacks equate to $35 million, with $15 million directly caused by the fires.

"This landmark case exposes a shocking and multi-layered planned conspiracy and campaign aimed at manipulating the public and hiding the key role played by designated Foreign Terror Organizations in efforts which are cynically designed to appear seemingly grassroots and legitimate, while masking an international terror campaign,” Yifa Segal, who is of counsel to the lead legal team headed by Richard Heideman of Heideman, Nudelman and Kalik, said.

“The public, as well as decision makers worldwide, have the right to the truth and must be made aware of the true identity and agenda of those behind these efforts,” Segal added.

“For far too long, the people of Southern Israel have been traumatized by ongoing terrorist attacks seeking to destroy both their way of life and the surrounding forests and environment,” Heideman said.

He added, “The flow of money is fuel for terror. It is essential to take action against U.S. groups that are complicit partners in funding terror that help enable foreign terror organizations to relentlessly wage a multifaceted campaign of terror against the citizens and lands of the sovereign state of Israel.”

U.S. Campaign for Palestinian Rights did not immediately respond to Fox News’ request for comment.