A math teacher at an elite New York City private school has published an essay criticizing the "indoctrination" he says is happening inside its walls, arguing that "my school is asking me to embrace ‘antiracism’ training and pedagogy that I believe is deeply harmful to [students]".

The column by Paul Rossi of the Grace Church School, titled "I Refuse to Stand By While My Students Are Indoctrinated," was posted Tuesday on a website run by former New York Times opinion editor Bari Weiss.

"I know that by attaching my name to this I’m risking not only my current job but my career as an educator, since most schools, both public and private, are now captive to this backward ideology," Rossi wrote. "But witnessing the harmful impact it has on children, I can’t stay silent."

A teacher at the Grace Church School in New York City is criticizing its curriculum. (Google Maps)

In his essay, Rossi says his school, "like so many others, induces students via shame and sophistry to identify primarily with their race before their individual identities are fully formed.

"Students are pressured to conform their opinions to those broadly associated with their race and gender and to minimize or dismiss individual experiences that don’t match those assumptions," he wrote.

"All of this is done in the name of ‘equity,’ but it is the opposite of fair," he continued. "In reality, all of this reinforces the worst impulses we have as human beings: our tendency toward tribalism and sectarianism that a truly liberal education is meant to transcend."

Rossi also wrote that during a recent "mandatory, whites-only student and faculty Zoom meeting," he "questioned whether one must define oneself in terms of a racial identity at all" in order "to model for students that they should feel safe to question ideological assertions if they felt moved to do so." 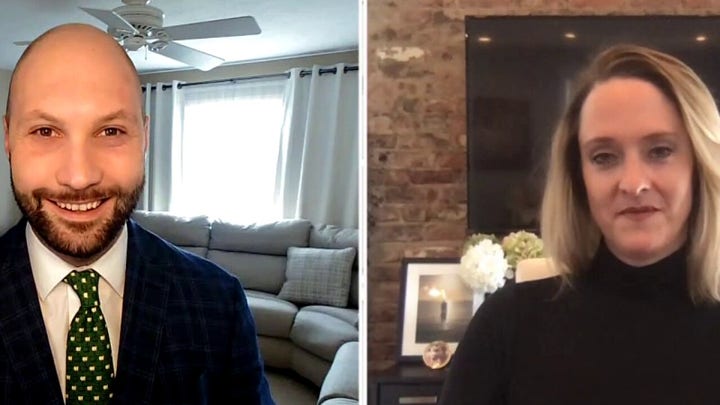 "However, when my questions were shared outside this forum, violating the school norm of confidentiality, I was informed by the head of the high school that my philosophical challenges had caused ‘harm’ to students, given that these topics were ‘life and death matters, about people’s flesh and blood and bone,’" he added.

Later in his column, Rossi said that "in a special assembly in February 2019, our head of school said that the impact of words and images perceived as racist -- regardless of intent -- is akin to ‘using a gun or a knife to kill or injure someone.’"

"Imagine being a young person in this environment," Rossi said. "Would you risk voicing your doubts, especially if you had never heard a single teacher question it?"

George Davison, the Head of School at Grace Church School, referred Fox News to a message sent out to parents when asked for comment.

"As you may be aware, a member of the faculty wrote and posted an article that is critical of Grace and of our efforts to build a school where everyone feels they belong," the message Davison shared with Fox News said. "The process of building a community is often challenging, and I am disappointed that this individual felt it necessary to air his differences in this way.

"We have always held the goal of fostering an environment that is safe and welcoming for all members of the community across a myriad of differences," Davison added. "This is a work in progress, and while we are not always as successful as we would hope, we know that it requires the constructive engagement of everyone in the community."

On its website, the school – which offers instruction for children from junior kindergarten through 12th grade – says "we aren’t an antiracist school right now, but we are striving to become one.

"Our students of color experience the burden of racism every day, and we strive to oppose the forces of bigotry and hate that seek to diminish them," it adds. 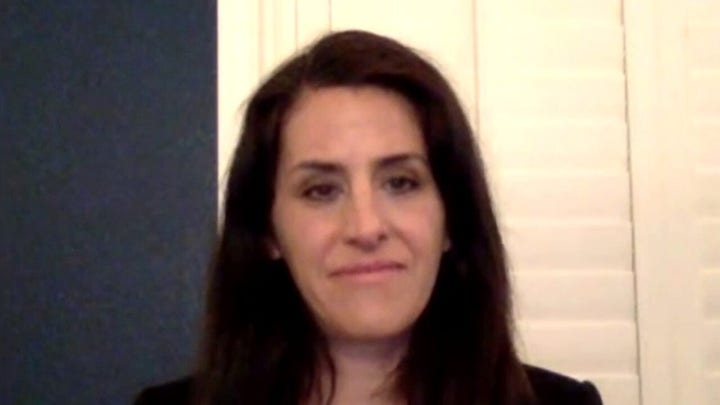 In another section of its website, Grace Church School says it believes that "equity and inclusion are not only hallmarks of a just society, but also virtues essential to sound learning."

"But inclusion is not enough and equity is an impossibility if we cannot name, acknowledge, and oppose the forces of racism and all forms of bias, hate, and fear that exist in our society and that seek to diminish so many in our midst," it also says.

The school made headlines in March after warning in an "Inclusive Language Guide" that the terms "mom," "dad," and "parents" could be inappropriate because they make assumptions about kids' home lives.

Instead of those terms, the guide recommends "grown-ups," "folks," "family," or guardians. It also suggests using "caregiver" instead of "nanny/babysitter."

The school defended the guide in a statement.

"We understand the power of language both to include and to cause alienation," wrote Davison. "We also know that it is our job to give community members resources to allow them to make informed and generous choices."

"If the boorish 'cancel culture' press wants to condemn us a newly dubbed 'Woke Noho' school of politeness, dignity and respect, then I embrace it, and I hope you will too," Davison wrote.