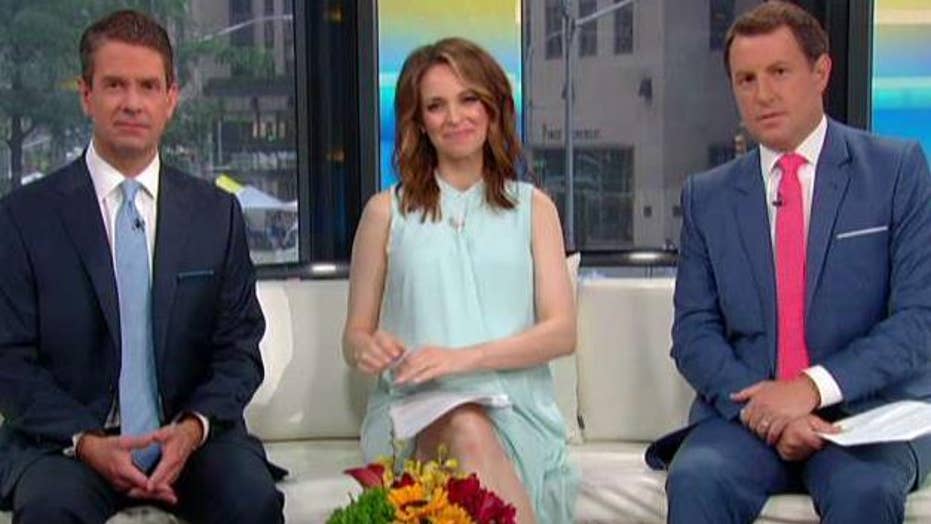 Portland, Oregon mayor says they're taking major precautions ahead of the Antifa and right-wing demonstrations

Dueling protests between Antifa and right-wing groups are set to take place in Portland, Oregon.

The mayor of Portland, Ore., said Saturday night that his city had avoided the "worst-case scenario" after members of far-right groups and far-left members of Antifa held dueling demonstrations in the center of the city that lasted for hours on end.

"Given the continuing movement and the number of people involved, I am grateful that this was a largely peaceful event," Mayor Ted Wheeler told reporters. "Police did an exemplary job of de-escalating the situation, keeping the extremists on both sides separate for the most part, and of limiting interactions between individuals."

At least 13 people were arrested. Police Chief Danielle Outlaw said at a press conference that possible charges against those arrested include disorderly conduct, interfering with police, resisting arrest, possession of a weapon in a park and unlawful use of a weapon.

Earlier in the day, police tweeted images of weapons it had seized from multiple groups, including bear spray, shields and metal and wooden poles.

"At this time, we know of six force-events involving officers," Outlaw said. "There was one instance where an officer deployed pepper balls. The other instances involved take-downs or control against resistance."

Six people suffered minor injuries and one of them was taken to a local hospital. Another individual was treated for a medical condition unrelated to the demonstrations, police spokeswoman Lt. Tina Jones said.

Flag-waving members of the Proud Boys and Three Percenters militia group began gathering late in the morning, some wearing body armor and helmets. Meanwhile, black-clad, helmet and mask-wearing Antifa members were also among the several hundred people on the streets. The groups gathered on both sides of the Willamette River, which runs through the city.

Authorities used sound trucks and loudspeakers to remind demonstrators of both sides to stay out of the streets or they would be arrested. They also set up concrete barriers and closed streets and bridges in an effort to contain and separate the rival groups.

Roughly 700 law enforcement officials from local, state and federal agencies, including the FBI, were in the city for the right-wing rally, which was expected to draw people from across the country. Portland Police said all of the city's 1,000 officers would be on duty for the gathering that was hyped on social media and elsewhere for weeks.

Not all who gathered Saturday were with right-wing groups or Antifa. Also on hand were people dressed in colorful outfits and those who attended a nearby prayer service, holding signs that had slogans such as "No Trump, No NRA."

Police formed a physical barricade beneath the Morrison Bridge in Tom McCall Waterfront Park to separate the rival groups from sparring. The Proud Boys and their supporters were on the south side of the divide while the counter-protesters remained on the north side, according to reports by The Oregonian.

FOX 12 Oregon and The Oregonian newspaper reported that some of the demonstrators began to leave in the early afternoon, with authorities briefly re-opening the Hawthorne Bridge to allow them to pass. Police used officers on bikes and in riot gear to prevent members of Antifa from following them. The Oregonian reported that a group of left-wing demonstrators attacked a bus carrying a group of Proud Boys out of downtown Portland, breaking some windows.

But hundreds of people remained downtown and on nearby streets, and there were skirmishes throughout the day. At around 4:15 p.m., police declared a gathering of mostly left-wing protesters near Pioneer Courthouse Square a "civil disturbance" and told people to leave.

Later in the afternoon, The Oregonian also reported that a group of left-wing counter-demonstrators had surrounded two people wearing American flag-themed clothing and were "taunting, threatening, and chasing them."

Among those attending the demonstration was Patriot Prayer's Joey Gibson, who organized similar rallies in 2017 and 2018 that erupted in clashes. Gibson surrendered Friday on an arrest warrant for felony rioting but was released on bail hours later.

"I’m just here for the ride," Gibson told The Oregonian.

Organizer Joe Biggs told the paper that the demonstrators "wanted national attention and we got it."

"Major consideration is being given to naming ANTIFA an ‘ORGANIZATION OF TERROR,’” Trump said. “Portland is being watched very closely. Hopefully the Mayor will be able to properly do his job!”

Late Saturday, the Proud Boys issued a statement vowing to return to Portland every month until Wheeler “takes charge and removes the scourge of violent domestic terrorists from his city,” referring to Antifa.

Wheeler responded Saturday night by imploring Biggs to think about the millions of dollars in taxpayer money used to police and provide security for demonstrations. The mayor also said that Biggs' rhetoric was stoking an "environment of fear nationally."

"We do not want him here in my city. Period," Wheeler said.

Wheeler's message was similar to his warning to protesters on both sides prior to the demonstrations.

"Again, when it comes to enforcement of our community standards, we support people's rights to demonstrate, but we don't care about who you are or your politics are," he said. "If you engage in violence in this city, you will be held accountable."