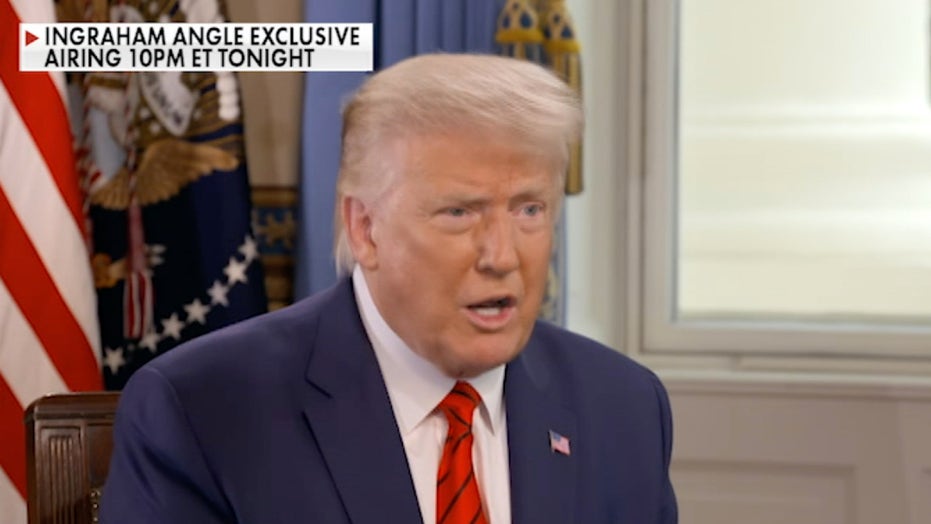 The friend of a man gunned down Saturday in Portland amid a riot said his pal - whose picture was released Monday by police - was "executed" and "hunted down" for his conservative views.

Chandler Pappas told The Common Sense Converstive that he was with Aaron "Jay" Danielson -- the shooting victim identified by Patriot Prayer founder Joey Gibson -- as part the right-wing group in downtown Portland on Saturday. A massive pro-Trump caravan drove through the city as counterprotesters gathered for the 95th consecutive day to voice anger over police brutality and racial injustice.

The two groups quickly clashed in tense confrontations that escalated into violence.

"We have a First Amendment in the country," Pappas told the news site. "And for whatever reason, there seems to be this opposition that thinks we can't do that. They have been attacking us for years. Really for decades in the grand scheme of things but very heavily in Portland."

A man is treated after being shot Aug. 29, 2020, in Portland, Ore. It wasn’t clear if the fatal shooting was linked to fights that broke out as a caravan of about 600 vehicles was confronted by counterdemonstrators in the city’s downtown. (AP Photo/Paula Bronstein)

Video posted on social media showed a person suddenly dropping to the ground, and others rushing to assist, after what appears to be gunfire near an intersection as vehicles and pedestrians pass by. Pappas said he and Danielson were at the protest when someone recognized their Patriot Prayer caps.

"'We got a couple of them right here. Pull it out,'" the attackers said, according to Pappas.

The shooter then opened fire and ran off, he said.

"It takes a second for you to process everything that happened. 'Did he just shoot at me?'" Pappas said while standing in front of a Blue Lives Matter flag. "I'm OK. I turn over and Jay's dead because he believed something different. Jay's not a racist, a xenophobe or whatever. He's not an 'ist' or 'ism.'"

"They executed my parter," he said. "They hunted him down."

Members of Patriot Prayer and Antifa have repeatedly clashed in Portland in recent years with many confrontations turning violent.

Aaron "Jay" Danielson, 39, was fatally shot in Portland over the weekend amid clashes between supporters of President Trump and counter protesters.  (Portland Police Bureau )

Portland police are investigating Michael Forest Reinoehl, 48, for his alleged involvement in the fatal shooting. The Oregon State Medical Examiner's Office determined Danielson's manner of death was homicide and that died from a gunshot to the chest.

Pappas said the shooter was wearing all white, which stood out, he noted, because members of Antifa are primarily known to be dressed in black.

He believes the shooting was done at random, but that the attackers were looking "for somebody to hurt."

"I think the two of us alone away from all the rest of the Trump rally with all the trucks and all the other noise going on, I think they isolated us and they thought they could get away with it," he said. "I think they were looking for somebody just like us who were down there unprotected who didn't go and bring guns because we didn't have the intention of killing people." 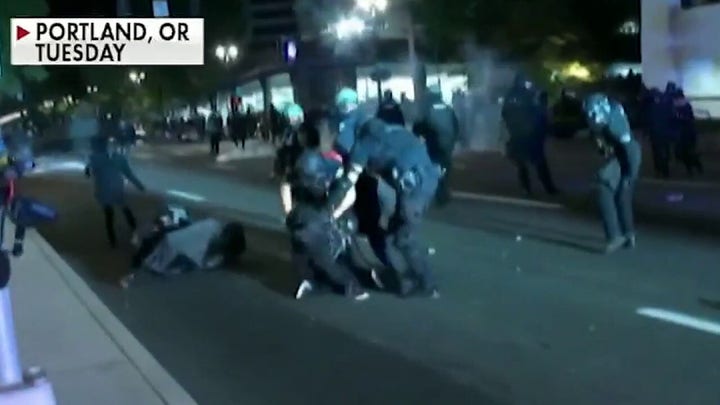 The Portland Tribune reported that it interviewed Pappas and Danielson hours before the fatal shooting. The report said both men were armed with at least one paintball gun, knives, mace and other tactical gear. It was not clear if they had those items on them at the time of the shooting.

In a plea to Trump, Pappas asked him to send "troops" to Portland in an effort to quell the violence that has occurred nightly, resulting in shootings, arson, vandalism and assaults against protesters and authorities. Trump has repeatedly threatened to intervene if local leaders don't address the growing unrest in the city.

In response to the shooting, Oregon Gov. Kate Brown, a Democrat, announced the state police would be returning to Portland to assist local law enforcement.

During his interview, Pappas also noted what he believes is a difference in the treatment of protesters and Patriot Prayer members by local prosecutors.

"I have a friend sitting right behind here who is being charged currently with a felony riot while the DA [Multnomah County District Attorney's Office] is letting all these actual rioters out on the street and he was just out there waving an American flag," he said.