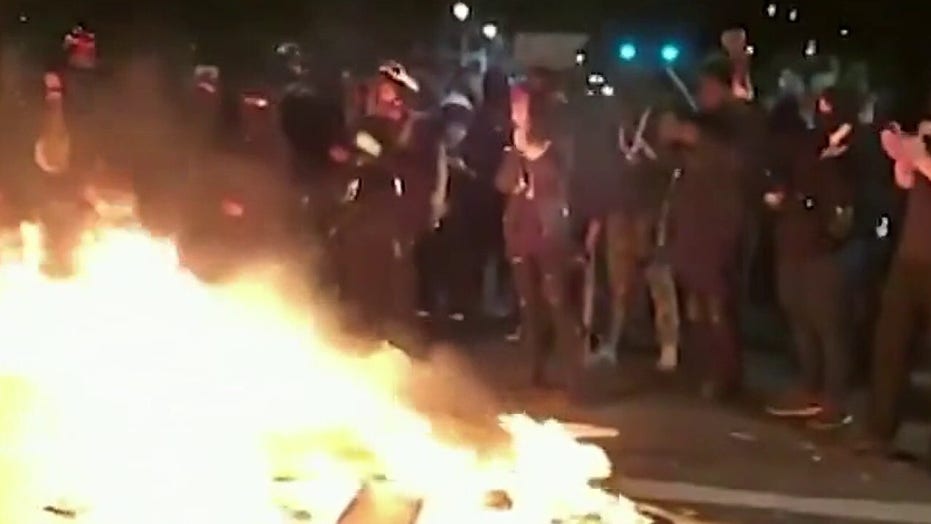 'We do not need or want their help,' Portland Mayor Ted Wheeler says; Jonathan Hunt reports.

The comments from Jackson appeared on a recorded interview that was released by the Portland Police Department on Wednesday.

“It says something when you’re at a Black Lives Matter protest, you have more minorities on the police side than you have in a violent crowd and you have white people screaming at black officers: ‘You have the biggest nose I’ve ever seen,” Jackson said.

Jackson acknowledged that he did meet decent people at demonstrations who sincerely wanted to reform police departments for the better. But those people, many of whom have been impacted by racism, were faded out by “people who have no idea what racism is all about.”

“They don’t even know that the tactics they’re using, are the same tactics that were used against my people,” Jackson said.

He recounted multiple instances where minorities at rallies would want to have a conversation with him, but a white protester would intervene, saying: “F--- the police. Don’t talk to him.”

“Every time I try to have a conversation with someone that looks like me, someone white comes up and tell them not to talk,” Jackson said.

The mayor’s office and the Portland Police Department could not be reached for comment Thursday evening.

Portland has been experiencing its sixth straight week of protests and unrest that were originally prompted by the death of George Floyd, a Black man, in Minneapolis police custody on May 25.

The Portland Police Department on Tuesday declared a riot amid protests outside the city’s headquarters and urged protesters to leave the area or be subjected to tear gas and other munitions.

That same day, Portland Mayor Ted Wheeler said he had rebuked an offer of help from acting Secretary of Homeland Security Chad Wolf.