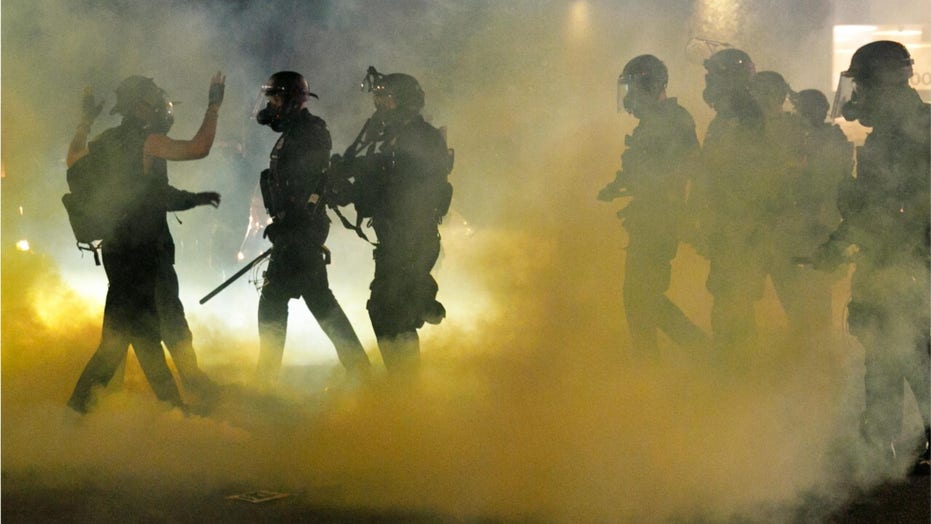 A 28-year-old man was arrested for burglarizing a downtown business during riots earlier this month, Portland, Ore., police said Wednesday.

Skyler James Smith-Maynard faces a burglary charge for the July 5 heist, authories said. Authorities said a group smashed windows to businesses amid riots that evolved from an earlier demonstration.

Witnesses identified Smith-Maynard as the suspect who entered a business through a broken window and stole a cash register.

Portland, Ore., police said Wednesday a man has been arrested for stealing a cash register from a business during a night of civil unrest. (Portland Police Bureau)

He was arrested a short time later.

Portland has seen several nights of civil unrest. Last week, police officials cited the chaotic protests for $23 million in losses to businesses in the downtown area.