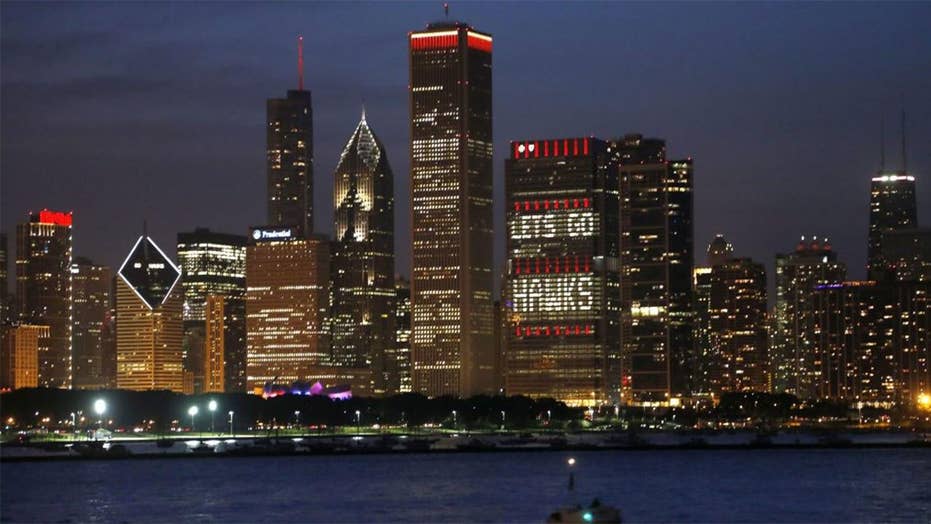 The so-called "Second City" may eventually become the next state, after frustration regarding Chicago's influence over politics in Illinois.

A group of state Republican lawmakers recently signed on to legislation proposing the nation's third-largest city become the 51st state.

"It's more of a frustration of the policies than the true belief that Chicago and Illinois would be better off as separate states," Rep. C.D. Davidsmeyer told the State Journal-Register. "I don't believe that Chicago and the state of Illinois should be separated. Our relationship is mutually beneficial."

Davidsmeyer said he co-sponsored the legislation to spark a discussion about how the city's politics impact rural residents in downstate Illinois.

“The reality is the city of Chicago is competing with New York City and L.A. and San Francisco, and (downstate is) competing against rural Indiana and rural Missouri,” he told the State Journal-Register. “The policies that come down from Chicago are actually pushing our economic opportunity away.”

A central Illinois lawmaker is sponsoring legislation proposing the separation of Chicago from Illinois to spark discussion about the overarching influence of the city in state politics. (AP)

Forming a new state from a portion of a current state requires endorsement from Congress and the state legislature, according to the U.S. Constitution.

The bill, HR0101, was introduced in February by state Rep. Brad Halbrook, who said he supports removing the city of 2.7 million people from Illinois because of differing views on issues such as abortion and gun rights.

“Our traditional family values seem to be under attack at every angle,” Halbrook told the Journal-Register. “We are trying to drive the discussion to get people at the table to say these are not our values down here.”

Part of the bill states that: “Numerous counties in the southern and central parts of Illinois are approving resolutions to become sanctuary counties for gun owners, while the City of Chicago has some of the strictest gun laws in the country."

Halbrook co-sponsored a similar resolution filed last year that failed. This year's attempt has even less of a chance of succeeding and getting out of the Rules Committee in the Democratic-controlled legislature as Illinois Gov. J.B. Pritzker and the leaders of the state House and Senate are all Democrats from Chicago.

"When you have a large population center that seems to control the agenda for the rest of the state, it just kind of creates some issues," he told the paper.

An Illinois lawmaker says that Chicago needs to recognize how its policies impact rural residents of the state. (iStock)

The tension between urban and rural areas isn't exclusive to Illinois. The same has occurred in New York and California, according to a paper published last year by the Paul Simon Public Policy Institute at Southern Illinois University.

John Jackson, a visiting professor at the institute and co-author of the paper, told the Journal-Register it was odd that the resentment has persisted in Illinois, but many politicians from southern and central parts of the state often "run against Chicago."

"We ought to have leaders who get together and coalesce for the good of the state," he told the paper.

Davidsmeyer said since the resolution has been introduced, it's spurred a greater discussion about how big an influence Chicago politics has over Illinois.

“People say Chicago’s a huge economy, there’s no way you can survive without them, (but) I have people on the other side saying Chicago’s killing us with their policies, we need to separate,” he said. “I’m one of the people in the middle saying let’s see both sides of it.”