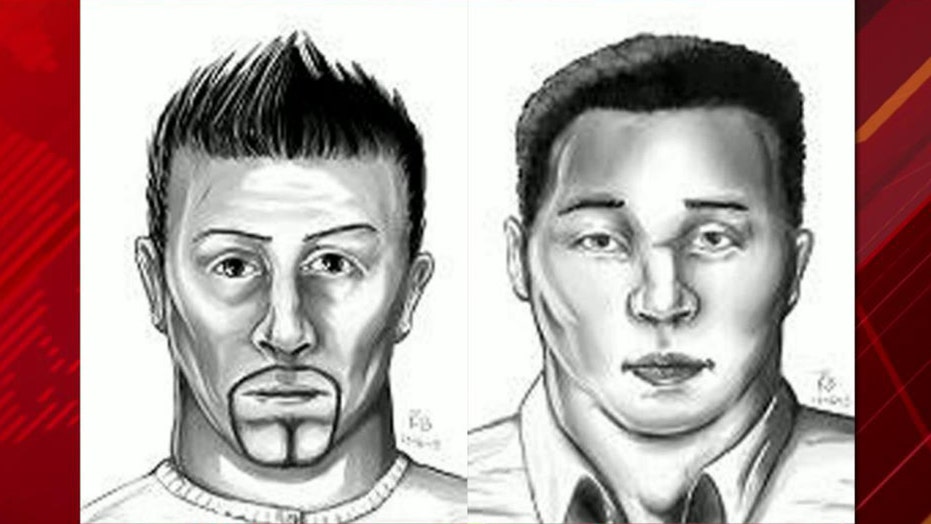 The Sacramento Police Department released sketches Saturday of two suspects in the stabbing of the U.S. airman hailed as a hero for helping thwart a terror attack aboard a European train.

Police said the sketches depict what the suspects are believed to look like and are based on witness accounts of the assault in which U.S. Air Force Airman Spencer Stone was knifed three times in the torso in an Oct. 8 fight near a bar in downtown Sacramento.

Doctors discharged Stone, 23, from the hospital Thursday. In a statement, he thanked first responders and doctors for taking “such good care of me.”

Detectives canvassed the area after the stabbing and collected surveillance video of the suspects leaving the area in a 2009-2012 Toyota Camry.

The brawl occurred shortly after Stone left a nightclub where patrons applauded him for helping tackle a gunman with ties to radical Islam on a Paris-bound passenger train in August. Police say the assault had nothing to do with the European terror plot.

Video from outside a liquor store shows a large man who appears to be Stone fighting a half dozen people at an intersection.

A witness told local media that Stone appeared to be defending a woman who was exchanging punches with her boyfriend.